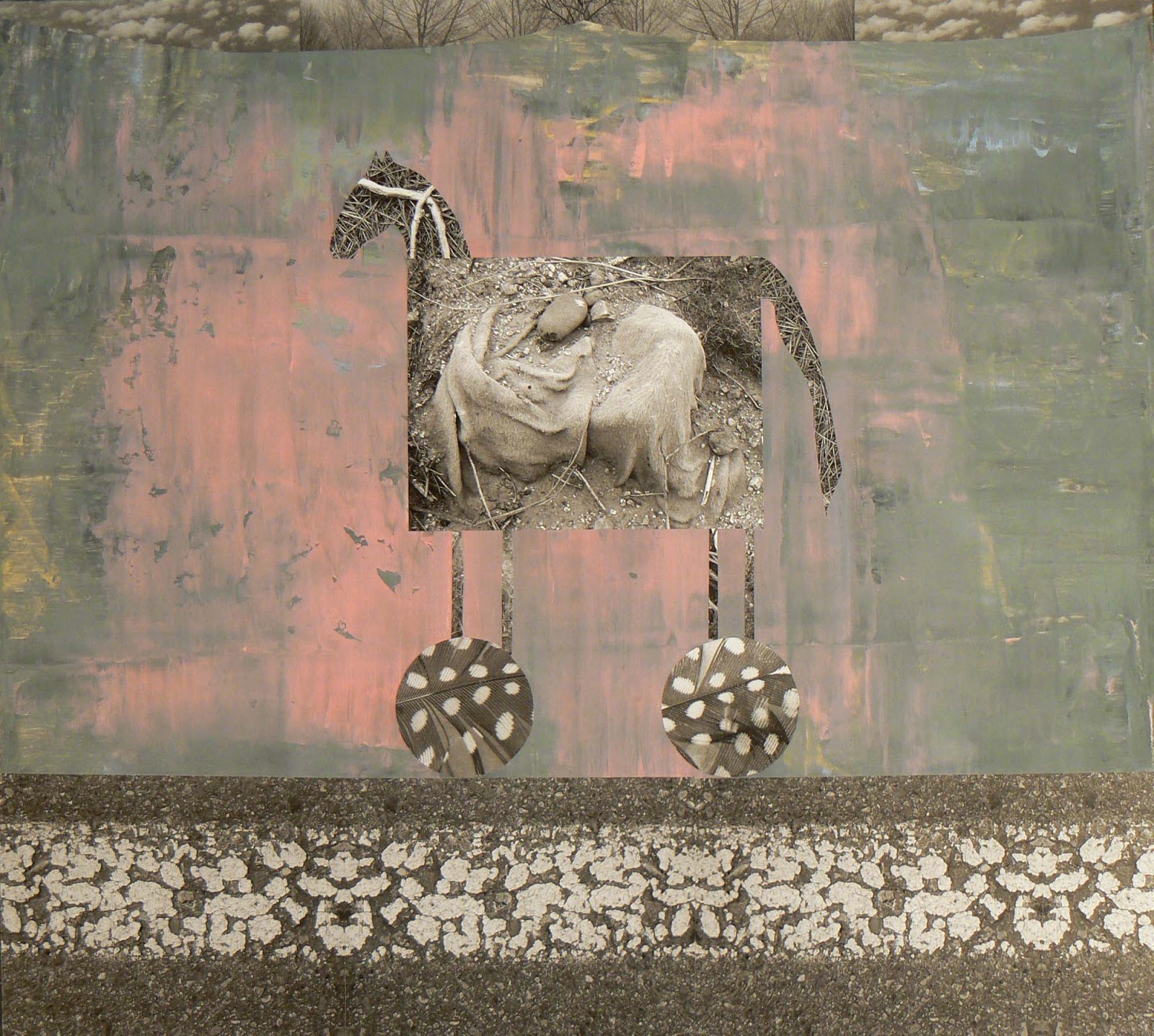 Metaphorically a "Trojan Horse" has come to mean any trick or stratagem that causes a target to allow a foe into a securely protected bastion or space. A malicious computer program which tricks users into willingly running it is called a "Trojan horse".  Wikipedia

For the last two weeks I've been spending quite a bit of time with the Geek Squad at Best Buy. For over two weeks I've had to keep returning to the store with my (heavy)computer in my arms, stand in line, and then explain the problem, which had not been resolved by previous visits and repairs, to whichever "Geek' was behind the counter.  But that was nothing compared to the anxiety I began to feel at the possibility of their not being able to fix my computer--AKA my lifeblood.  What if they couldn't fix it?  Would I need to buy a new computer?  If so, should I get a MAC instead of a PC?  Would all of my data transfer?  What about Photoshop-I only have it for PC's and the new format involves a monthly fee to download it from the cloud.  Expensive, unknown.  And on and on and on, the broken record of my anxiety starting to spin out of control.  Finally fixed, the problem turned out to be a virus, which had arrived as a download in the belly of something else--a "Trojan Horse".

A month ago, I was on the phone for 4 1/2 hours with a man from India trying to figure out why we couldn't stream Netflix to our TV.  We did many different things, none of which seemed to work.  At one point, he informed me that I would have to pay his company $120 in order to get my problem solved.  I paid the money, and only as the MasterCard bill came through did I realize that the company I thought I had been talking to wasn't this man's company at all, but one that sounded and looked just like it.  At the very bottom of the Internet page that I had gotten the contact number from, in tiny print, was a disclaimer, saying basically, we aren't who you think we might be. After I'd hung up, exhausted and depressed,  I sat on the couch, in front of our non-streaming Netflix TV, and cried. Of course, it was another Trojan Horse, pleased with just how far into the protected space of my psyche and my MasterCard it had gotten. 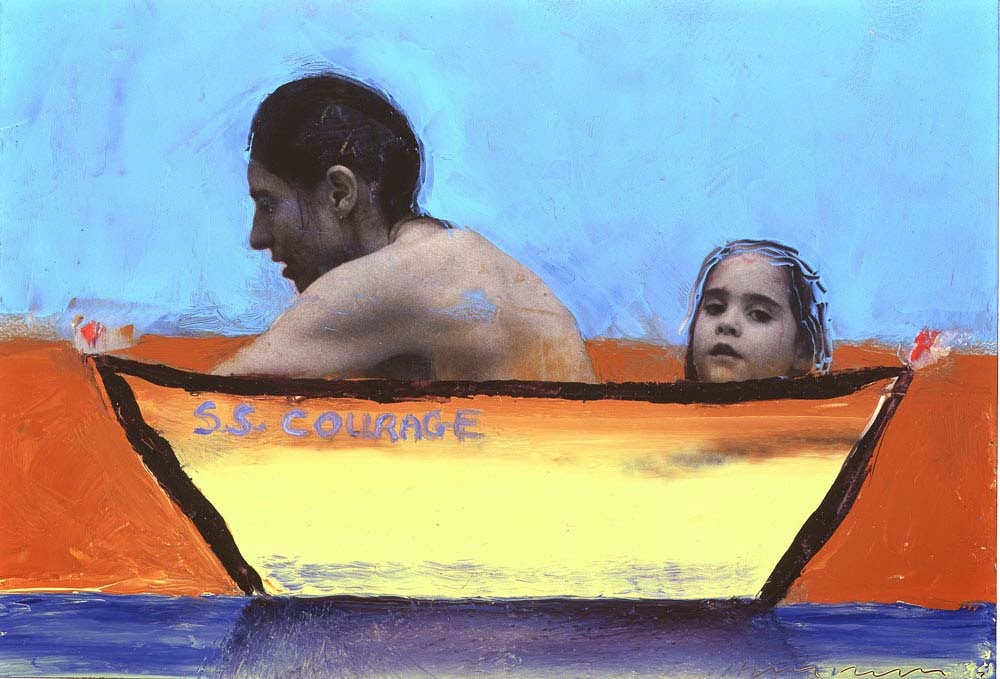 When my eldest daughter was a few weeks old, I took her on our first shopping trip to the Safeway Grocery store in Gallup, New Mexico. I had placed her in a baby carrier in the cart and was at the dairy case, looking over the different yogurts. A large, vaguely sinister man in worn overalls and scruffy facial hair came up to us.  My alarm bells started ring off and  I pictured throwing myself over the baby so he couldn't grab her.  He stopped, looked at Ramey for a few moments with warmth and affection in his eyes and then, glancing up at me said,  "Welcome to the parent club". Needless to say, no baby was snatched,

It's a club I've never, ever regretted joining.  It's taught me about compassion, about deep love and real concern.  It's helped me become more connected to the world around me, and it's made me laugh and cry and have every emotion in between. It's made me be the best person I can be and its turned me into an true adult,.  Lastly, it's helped me become a mother to my mother as her memory fades and she struggles to keep living on her own.  I call her daily and nag and scold her and do all the things a mother does when she is concerned about a worrisome child. I don't think I could be doing this today if I hadn't joined that incredible club 27 years ago. 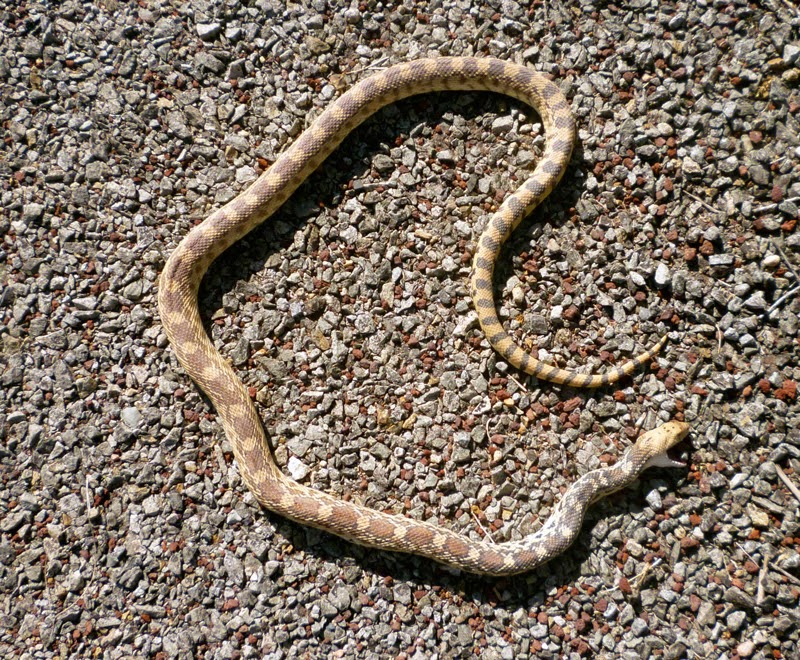 Although my mother has serious problems with her memory, at 85, she's a rockin' lady. A few days ago Mom and I decided to go for a walk with the dogs.  We started out, my dog running loose and Mom's dog, Abbey, on a leash with me at one end and Abbey at the other.  My mother lives on the outskirts of Santa Fe in a community called El Dorado.  The homes are spaced on one acre lots, and there is open space between the houses, with a well worn trail trail running through it.  The weather was fairly mild, but a little windy, it being spring in New Mexico. Unused to the high desert, my dog was constantly having to stop his forward motion to pull cactus spines out of his paws.  We'd been out for about 45 minutes, and had just reached the asphalt road, looping back to her house, when we spotted a snake on the tarmac.  He looked alive, and there was no evidence of "smush", which usually lets me know it's road kill.  Mom and I advanced cautiously, the dogs completely unaware of the snake. However, it didn't move, and, since I noticed a lack of a rattle on it's tail, I  felt comfortable getting close.  Meanwhile, Mom rustled around on the side of the road and found a stick which she then proceeded to (lightly) touch the snake with.  No reaction, so we knew it was dead.  My camera was back at her house, and Mom, knowing that I wanted to photograph the snake, urged me to go on ahead without her.  I took off with both dogs, walking rapidly, thinking the house was close, but in fact, it was another mile.  By the time I located my camera and checked my settings, Mom was back at the house, eager to go back with me to photograph the beautiful snake we had both found.
Posted by Holly Roberts at 3:57 PM 1 comment: