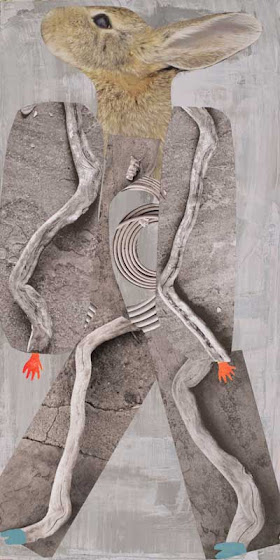 We share our outdoor space with cottontail rabbits.  They are, to quote the cliche, adorable, with their large floppy ears, beautiful soft grey fur, and big, dark, liquid eyes. However, I don't think much of them. Nothing like starting out your day swerving off the road to avoid  hitting a rabbit, or worse yet, actually hitting and killing or maiming one. They are fast and can weave and dodge like nobody's business, but it doesn't help when you are being "chased" by a car, and blinded by it's headlights. I watch in fascination when I take my two small dogs for a walk, and they present themselves with no fear just a few feet away. "If I'm just still enough, they won't see me". Not smart, not when you're a prey animal and one of the two little dogs happens to be a rat terrier.  But, there they are for me to photograph, hiding, frozen in the grass (although not really being hidden), or squished on the road, eyes glazing over when I get to them, pulling my camera out to photograph their not too long dead, somewhat flattened, bodies. But perhaps in the big picture, as you are dinner to a host of other animals, and although lovely to look at, it's probably best that you're not the sharpest tack in the box.

Posted by Holly Roberts at 6:10 PM No comments: 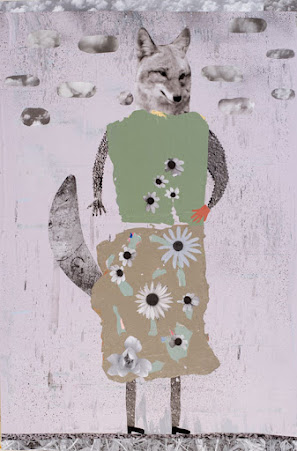 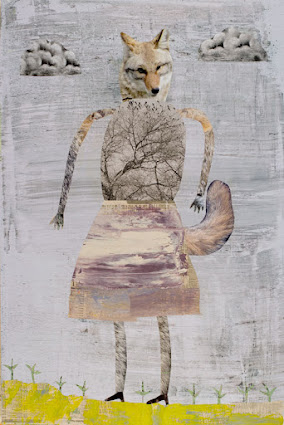 I know that coyotes are in the pasture behind our house when our two small dogs begin their shrill, constant, hysterical barking, running up and down alongside the fence(on our side), hackles up, ears pricked, vicious threats hurled across the wire at the coyotes.  The coyotes trot casually along, paying the little dogs no mind(although we all know they would love to have either both or one of these small dogs as a midday snack). One day one of these coyotes stayed in the field for a very long time, mostly laying down.  She was there for the better part of the day, and I didn't know if she was ill or perhaps getting ready to have pups. I  took my camera out every hour or so and took hundreds of photographs of her across the fence, laying in the grass, or moving from place to place. Afterward, from studying the photos, I got to know her well, her face, her markings, her movements. She was the pasture, she was nature, she was part of something I existed on the outskirts of. She was a wild thing that let me into her life for the briefest bit of time.

Posted by Holly Roberts at 3:17 PM No comments: