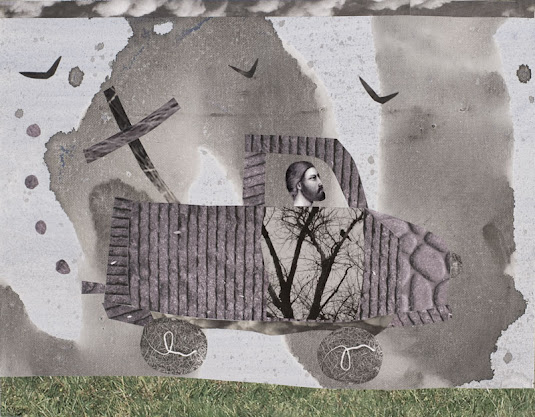 In the fall of 2019, before the craziness of Covid19 hit, my mother died. Before her dementia set in she had wanted to be cremated. However, when I ran it by her a few years before she passed, she was adamant that she did not want be cremated, and also adamant that she not be buried.  Now that the time was getting closer, it became clear that she just wasn't ready to die. But, finally, she agreed to be cremated(although it turns out the person who dies really doesn't have a say in the matter). We had planned on spreading her ashes that spring, but, of course, with Covid, we had to delay our plans. So, for almost two years, her ashes rested in a lovely box provided by the Neptune Society in our family room, underneath a little  hummingbird that my husband had carved. In September of 2021, fourteen of us, most of her immediate family, hiked in to a favorite spot of hers in the foothills outside of Santa Fe where she had regularly hiked with my brother and her dogs over the years. Each one of us took a handful of ashes, said a little something, opened our hands and then let the breeze take her away.

Posted by Holly Roberts at 7:17 PM No comments: