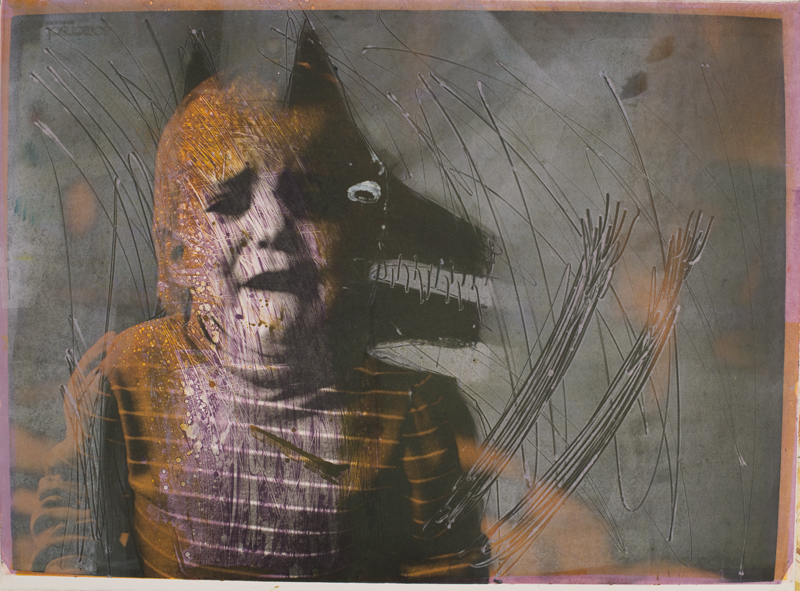 Sometime in 1992, or thereabouts, I was invited by the Washington University Art Department in St. Louis to do a print.  I based the print on a painting I had done of my youngest daughter when she was a toddler, which was based on a photo I had taken of her when she was crying. It was hard, mainly because I had an audience--all of the art students and teachers who were interested in me and my work watched as I struggled with trying to make something work.  I have a natural tendency to A) show off and B) want to please, and while that's not such a bad thing in social situations, it's deadly when you are trying to make an image  I can't even listen to music when I work, much less have 20 people standing around silently watching(and judging) me. The photograph was reversed in the printing process, and I remember being displeased when I did the monoprint, although, of course pretending to be pleased(pleaser, remember?).  However, recently, while trying to bring some semblance of order to the work I have here in my studio, I came across the print buried in my flat files. I was no longer displeased, in fact I thought the print good.  I had disliked it so much that I never even photographed it. What strikes me now is the force of the emotion; Teal's crying face, and the wolf/child figure that is so threatening.  It seems to me now, that it is even more frightening than the original one that it is based on, perhaps because now we have the very real wolf of Covid 19 at the door, or even inside us. 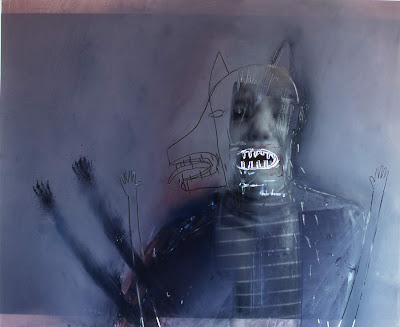