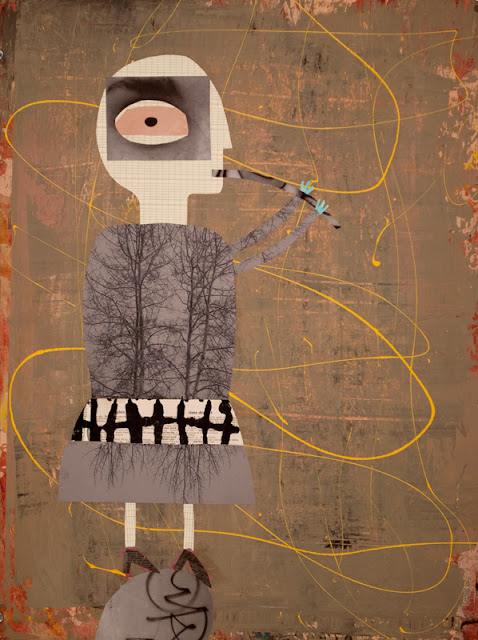 By the next day, from credit card receipts which my sister had access to, we were able to track her voyage, from 2:30 in the afternoon in Santa Fe, to the last place she stopped for gas at 4:00 a.m. in Roswell, New Mexico, 200 miles to the south.  In the meantime, a "Silver Alert" had been issued for her describing an 88 year old gray haired Hispanic woman driving a brown Honda CRV with a brown Aussie mix dog in the back(she isn't Hispanic).  The alert scrolled across the bottom of the screen during the late news and then again in the morning.  About 9:00 a.m., as we were getting ready to head back to Albuquerque(60 miles away), we heard a knock at the door.  It was my mother.  She had almost no memory of where she had gone or what she had done, just that she knew not to let the gas run out, and that she had made it back on her own. I took the car and drove it over to a neighbors so that she wouldn't have access to it, and was accused having always wanted to get her car away from her. We have no idea where she went(other than the credit card receipts), or what was calling to her that would cause her to drive for over 19 hours, in the dead of night, refusing to ask for help.
Posted by Holly Roberts at 3:42 PM 3 comments: 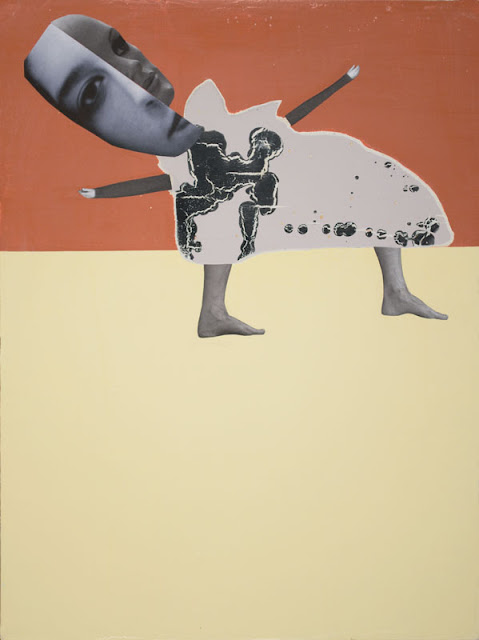 Chance
Noun:  a possibility of something happening;
the occurrence and development of events in the absence of any obvious design
Adjective:  fortuitous; accidental;
Verb:   do something by accident or without design;
do (something) despite its being dangerous or of uncertain outcome

Recently,  I've found myself only interested in creating things that happen by mistake.  It's very "listen to the sound of one hand clapping" because I can want it, and want it desperately, but I can't make it happen. Woman Dancing(with Purple) was formed when I pulled the tape off of the hard edged line I was trying to make. The paint on top came up in a big chunk, revealing the purple and black painting underneath.  Revealed, it  was, of course, the body of the purple woman.
Posted by Holly Roberts at 6:47 PM 1 comment: