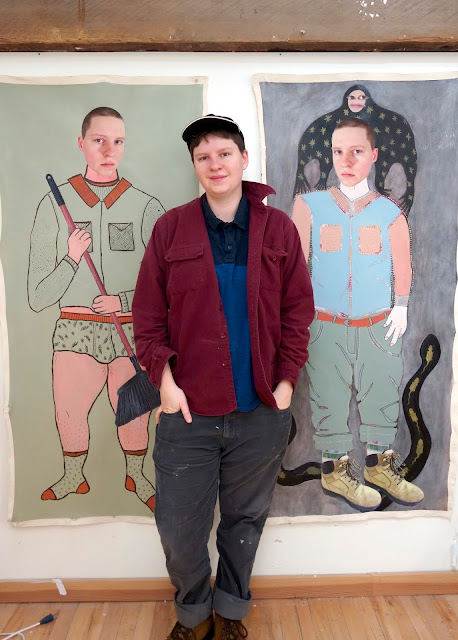 Sophie Rex Symer with their two self portraits

As a graduate student at Arizona State University in the 70's, I was fortunate enough to have had, as one of my instructors, John Kacere.  A photo realist painter of woman's sexily glad midsections(but mostly of buttocks), John was a fantastic teacher. Short(he let us know that he wore lifts in his cowboy boots) and very intense, he made us all feel that each of us was that one special student. At one point, when John was talking to me about my work, he leaned in, and in his gravelly voice, insisted that I had to follow three rules if I were ever to teach. The rules were:

1.  Know the subject you are teaching inside and out--be very good at what you teach
2. Never give your students more than they can handle
3. Always love every student the same.

I have gone on to teach now for 30 some years, always workshops in different art centers around the country, or at universities or with privately produced groups of artists who invite me to work with them.  I have found that all three of John's rules are something that I apply in each and every workshop I teach.  As a working artist, I have a depth of knowledge in the very narrow area that I work in:  combining paint with other kinds of imagery, and I've become especially knowledgeable about different transfer processes. I am good at and do know well what I'm teaching.  I have found that rule number 2 is very important, because by allowing someone to get in over their heads and then failing, they are then convinced that they can't do, and will never do whatever that thing is they are attempting. They think it's their entirely their fault, and they want to give up.  I back them out of the problem, and together we come at it from a different direction until they succeed. The last rule is probably the most important, because if someone feels that you are preferring one student over another, they will lose trust in you, even if they are that preferred student.  A class works as one unit, and if there is disharmony or if one  of the students feels left out or overlooked, it affects, negatively, the entire dynamic of the class. The students aren't just learning from you, but also from each other and they need that basis of trust. Finding one's creative voice is such a delicate process, that with any sign of of preferential treatment, that creative voice will go into hiding, and refuse to emerge.

I would like to think that John, who died in 1999, would be pleased and proud of the way I've continued his legacy of teaching.  I'd like to think that I've helped people become the best artists they can be, just as he helped me all those years ago. 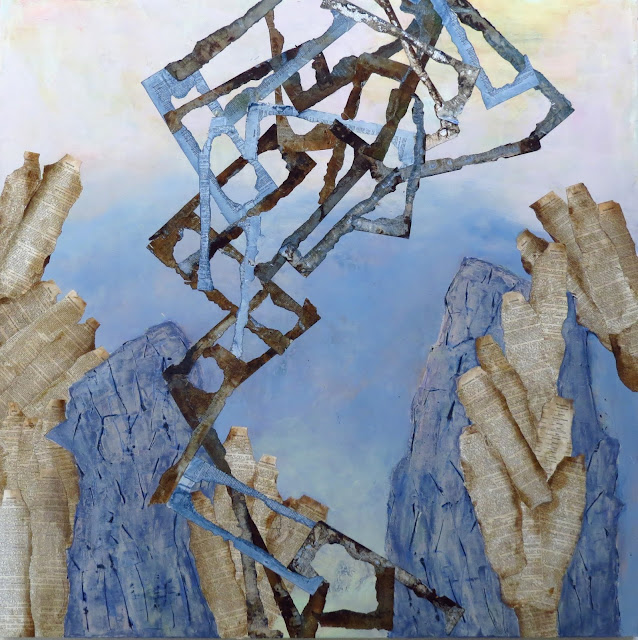