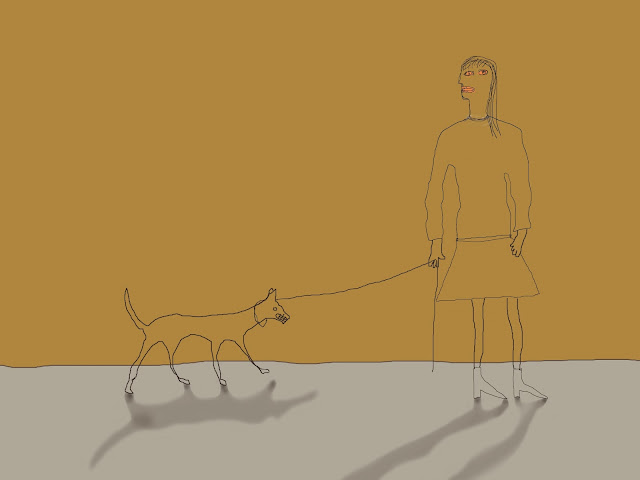 Instead, I came home with a 7lb, 5 month old female dachshund/miniature pinscher cross puppy with god knows what else mixed in.  She'd been picked up as a stray on the mean streets of Albuquerque.  She was never going to be big, that was for sure, and, of course, was not house-broken. She was very timid, and hid behind the TV for the first hours in our house.  When I approached her, she would run away, and her cautiousness  reminded me of the coyotes I was hoping to keep out of our yard.  But there was something about her that spoke to me, some quality of reserve and dignity that I could see under the fear in her skinny body. When I finally  managed to catch her and then pick her up, I could feel her surrender, melting her body into mine, burying her head in my chest, safe at last.
Posted by Holly Roberts at 4:15 PM 3 comments: 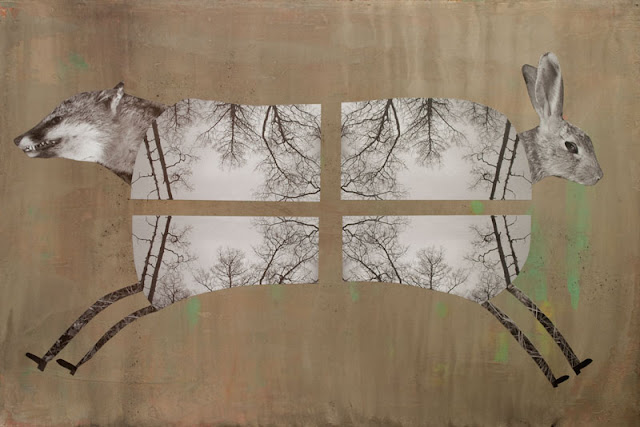 Raised on PBS nature documentaries, there was always the confusion for me of who the "good guy" was.  Was it the young antelope, separated from the herd, then stalked and chased relentlessly until brought down by a pride of lions working in tandem?  We see her head, eyes still open, moments before she dies, the lions covering her body.  Or is it the mother lion, greeting her cubs after returning from feeding on the antelope?  Without this food, the somber voice-over tells us, the mother won't be able to produce milk for the babies,  and they will weaken and die.  We watch as the cubs swarm the mother's belly as she collapses on the ground, stretching out her long body so that there is room for all to feed.

As an adult, I came to realize that there was no one good guy, or, perhaps better said, all in nature is the "good guy".  Without one, we can't have the other.  Rabbits, and there are a lot of them, are eaten by predators, and predators, which there aren't so many of, face starvation if they don't find prey. They both live by their wits, and if they don't, they die. The reality, beyond the death of one animal or the other, is that both fox and rabbit live on, headed in different directions but sharing the same world of sky and forest. 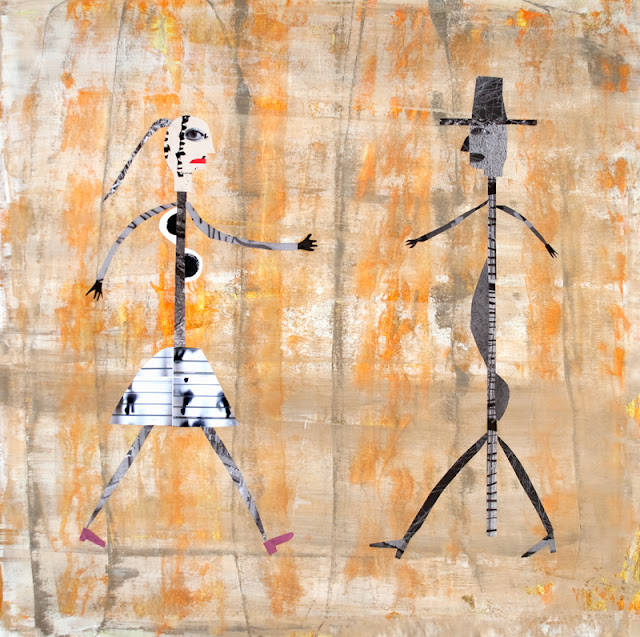 Although I'm shy, I am friendly.  When I bike or walk, I always verbally greet or nod to acknowledge the person coming my way, whether I know them or not.  On a recent trip to the bay area, I took a ride on a bike path in Lafayette, California.  It's an affluent area on the far east side, and there were lots of people out.  I did my normal, nod, or nod and greet, or just greet, to the people I passed, and I remembered, from the last time I rode my bike on that same bike path, that people weren't so friendly.  Some people would respond, but in a kind of sullen, not happy at being forced to do this kind of a way.  Others just ignored me or looked away.  It hurt my feelings.  I felt intrusive, like a large Labrador puppy that won't stay out of your space.  As my ride came to an end, I found myself tight lipped, not greeting, nodding, or greeting and nodding anymore.
Posted by Holly Roberts at 2:28 PM 5 comments: