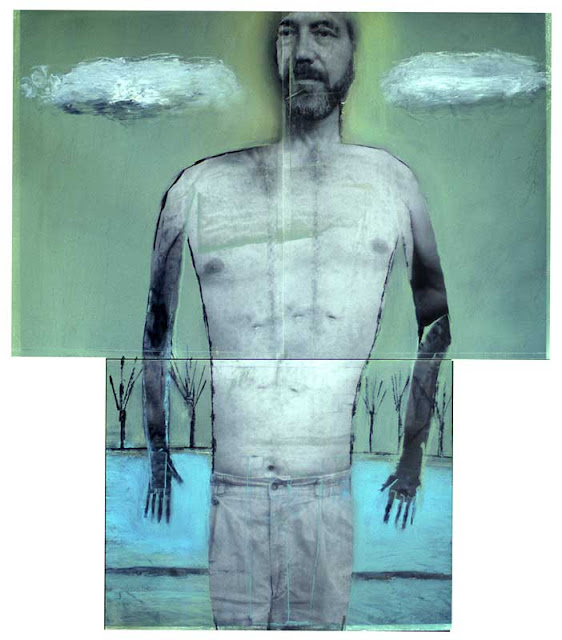 The River Styx (Greek: Στύξ, Stux, also meaning "hate" and "detestation") was a river in Greek mythology which formed the boundary between Earth and the Underworld.

Sometime around the year 1996, our friend, Bob Zachary, had to have open heart surgery.  While the surgery was being performed, he was connected to a heart-lung machine. During the surgery, to my simple, magical thinking artist's mind, he wasn't completely alive, but neither was he dead, just in a nether land between the two. After the surgery he had a beautiful scar going from his throat to the middle of his stomach, with two incisions on either side. It's still there, but not really visible after 20 years.
Posted by Holly Roberts at 4:44 PM No comments: 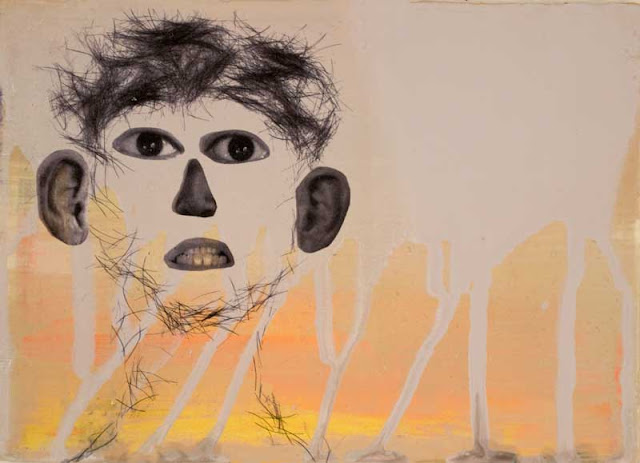 Sunset: the time in the evening when the sun disappears or daylight fades,
a period of decline, especially the last years of a person's life

I had had an image of retirement as a glowing beacon far off in the distant future, a time where one would have no cares or concerns, but instead would lounge about, wearing one's robe and slippers all morning, watching as much TV as one's heart desired.   And then, wham-mo, it's there and it's not quite what you expected.  For one thing it's a sign that the end is near, even if that end is 20 or so years away.  It means that of those 20 years--if you are lucky--you only have perhaps ten more years of good health and reasonable facility.  If you are lucky. That's not much time, just a blink in the eye of an 80 year life span. Your identity from what you did professionally is no longer valid.  Who you were and what people thought of you shifts, and you are suddenly free floating, not really sure who you are. And while the time seems short, suddenly your days are wide open and you aren't sure exactly what day of the week it is, or how you will fill that day.  You know each day is precious, but you can't quite seem to get out from under that filmy gray cloud of depression and anxiety.
Posted by Holly Roberts at 3:07 PM 2 comments: 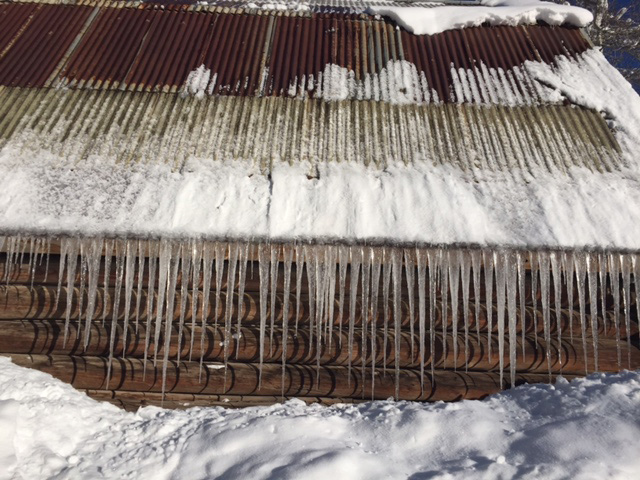 On January 8th of this year, at 4:30am, I left home in our little Mazda, loaded down with suitcases, art supplies, cross country skis, and snacks for the drive.  I was headed for Anderson Ranch in Snowmass, Colorado https://www.andersonranch.org/, a nine hour drive over a high mountain pass with  a ferocious winter storm forecast to hit later that same day(hence the leaving at 4:30 in the morning).  I made the trip safely, and was settled in by the time the storm did hit, dumping lots of snow in the Colorado high country.

For the next three weeks it snowed and snowed and snowed.  Every morning when we headed out for the school, tediously scraping the snow and ice off the windshield of the car, we could hear the cannons booming in the mountains, releasing the snow that could cause dangerous avalanches at the nearby ski area. And I loved it(except for the tedious scraping). In the mornings I would meet and work with my group of nine students who were learning to integrate their photographs with their own painted surfaces.  However, the afternoons were mine.  I was given a large studio to work in(half of the printmaking area), a brand new Mac, and a large Epson  printer( I had brought the rest of what I would need with me).  And while it snowed, I worked and worked and worked.  No meals to prepare, or dishes to wash, or errands to run.  Nowhere to go unless you were bundled up in hat, gloves, boots, and down parkas.  When I left on Jan. 28, after three weeks away,  I had over fifteen new paintings in the back of my car--fifteen new paintings that were unlike anything I'd ever done before.
Posted by Holly Roberts at 3:10 PM 2 comments: