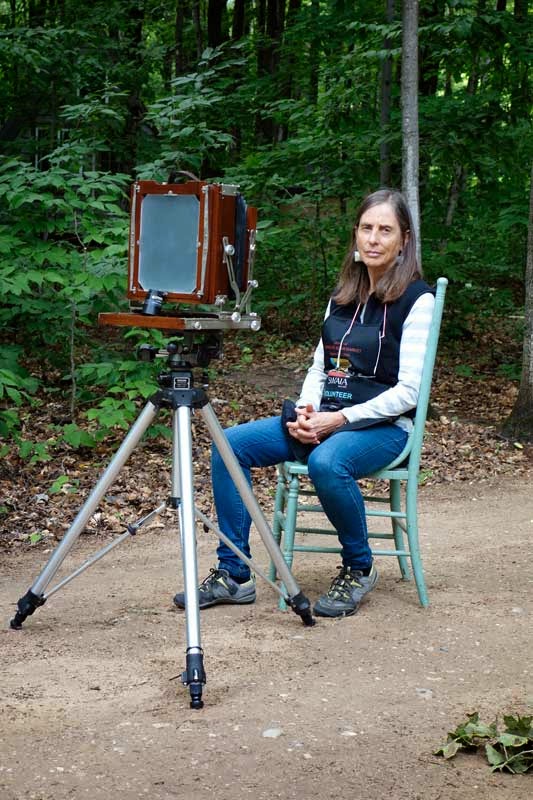 As the keynote speaker, I became more and more apprehensive as the time grew closer to do my presentation.  Here I was, with my digital camera making quick, sloppy photographs using my computer(a PC no less) and ink jet printer that I then cut up and glued down on top of  paintings, of all things.  I could picture a still audience, punctuated only by the door opening and shutting as more and more people began to stream out.  In the days preceeding my talk, I had found myself trying to explain  how bad a photographer I was, and how, even when I had used a medium format camera and a had beautiful darkroom to work in, I still managed to turn out bad photos.  I didn't want to be caught in a lie, after all, not around these folks.  Of course, this wasn't the case.  The audience was warm, receptive, and completely with me as I showed images and talked about my work. As my talk went on, it became standing room only--the opposite of what I had envisioned. Questions were intelligent, humorous, genuine, and kind. My presentation over, I felt the complete and total rock star.  A real photographer after all--or perhaps, better said, a slightly perverted real photographer.
Posted by Holly Roberts at 6:28 PM 4 comments: 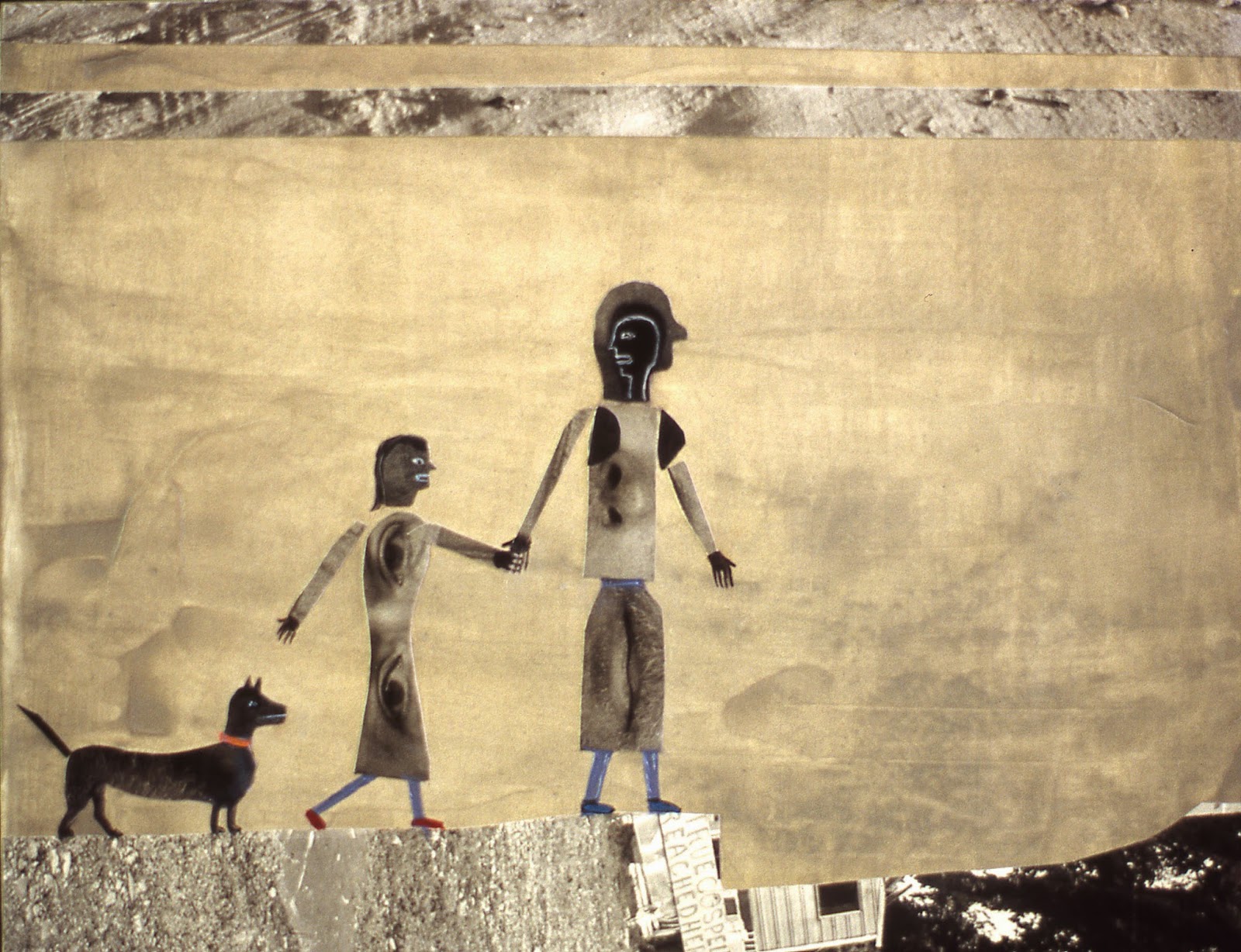 Recently, my family gathered in Florida for a cousin's daughter's wedding.  Both our daughters came, as well as my husband and myself.  It's a side of the family that I feel very close to, and so I was happy to there, surrounded by my favorite aunt and her daughters, my cousins. The hard thing about the wedding was being with my daughters:  not because they were difficult to be with, but because I knew that, at the end of the weekend, they would step on different airplanes and head back to their homes.  Our relationship would once again become electronic; telephone calls, emails, and text messages.

2005 was the year my oldest daughter graduated high school and started college.  The fall of that year my husband and I drove with her to Texas, and then flew back to New Mexico.  I remember thinking to myself, "This isn't so tough, this separation stuff".  A few days later, while doing the dishes, I looked out the kitchen window and realized that my daughter wouldn't be coming in the front door that day, or in fact, anytime soon.  And of course, I cried.  And now, almost ten years later, every time I separate from my daughters, the same thing happens:  I think I'm okay, and then, a day two or three later, I find a deep, quiet sadness in the back of my thoughts and I realize I'm longing to be with those two wonderful people who were present in my life for such a short period of time.

The Great Forgetting refers to the wealth of knowledge that our culture lost when we adopted our new civilized lifestyle. The knowledge that allowed indigenous cultures to survive, the knowledge that we had once also been tribal and the understanding that we were but one mere culture of thousands. All of this disappeared in a few short generations.  By majestic on January 26, 2014 in News (Pulled off the Internet after reading a Facebook post about the Great Forgetting).


As a child I was more aware of what was essential and vital to me. Fortunate to live in the country, I observed much of what was wild around me on my solo horseback rides in the open spaces around my home. I tried to teach myself to follow animal prints in the dirt, and worked at telling time by the position of the sun in the sky. My favorite books were about people surviving in the wilderness, learning how to live off the land before they got rescued.  Now, as an adult, I'm not so much a part of these natural things.  When I do experience nature, it's more by chance--when I'm driving or riding my bike, playing soccer in the evenings in an adult soccer league.

When I first happened on the Great Forgetting, I couldn't stop thinking about it for this reason: I've always made images that combine people and animals, turning them into one being.  I've never questioned these images, but I've also never known where they came from.  Now I'm excited by the possibility that it's a 10,000 year old subconscious remembering of being part of that older order when we were all mixed up together:  animals, humans, plants, the weather--all that was alive and vital to our existence.  I imagine it to come from a time before there was a separation, before humanity created a civilization where we could distance ourselves from anything that was alive.  What I'm remembering is only a glimmer, but a glimmer none-the-less. And  I like to imagine that when people see these images, they may also have a bit of that same glimmer.