A Conversation with Artist Holly Roberts

Posted by Holly Roberts at 3:47 PM No comments: 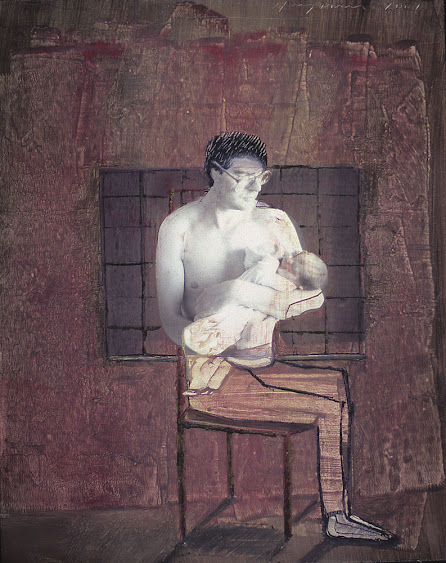 In July of 1987, I delivered a baby girl.  She was my first child, another daughter, Teal, came three years later.  Now that first baby is having her own baby, due any day, already a few days past his due date.  I think back to that day, 33 years ago, and think what a huge seismic shift that baby made to my life.  Everything changed and was never the same again.  She was born before we had computers, or cell phones, before we had email or social media, before we worried over climate change or politics gone terribly awry.  But mostly, she changed the way I saw the world, moving from the center of it, off to the side, where the baby, and later her sister would seat themselves, front and center.  I learned from my baby how to be a good parent, because I had to be, and I learned from watching my husband, what a good father was, because I hadn't had that in my life. I learned from those babies what unconditional love meant because I hadn't known that either. I'm not sure what changes being a grandmother will bring for me, but I know that, for my daughter, her new baby will make her life richer and fuller beyond all imagining.

Posted by Holly Roberts at 2:57 PM No comments: