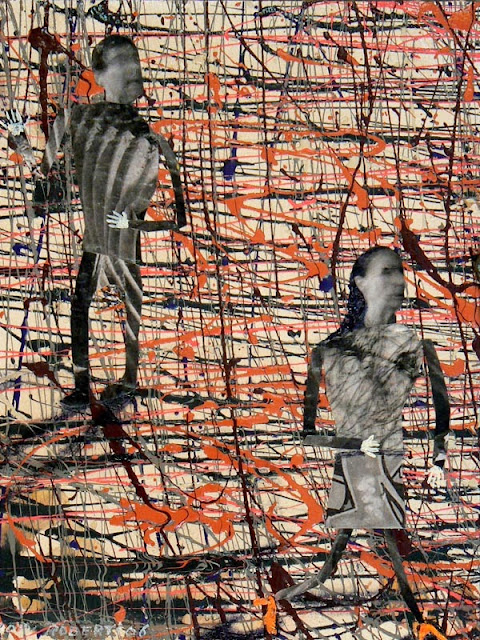 On Christmas day I went for a quick bike ride.  It was a beautiful day, sunny but cool.  I rode up and down  hills, one very steep one that included a small dog who ran out and chased me, nipping at my tires, until I stopped my bike and shouted at him.  Once back on the main road, I noticed that I had knocked my rear view mirror askew, and just as I was adjusting it(as I rode), WHOOSH, a bicyclist zoomed by me.  Seconds later, another did the same, leaving only a foot or so between us as he passed.   "Call to Signal!" I shouted out, and then added, as loudly as I could to his rapidly retreating back, "Asshole!".

What was interesting was the amount of anger this small incident generated. Not signaling happens all the time, and usually I just let it go.  For a little while I even tried to catch up to the second bicyclist-why-I'm not sure. Did I think I would pull him off his bike and beat him?  Fortunately, I couldn't catch him.  I suspect my anger, even though justified, had more to do with other things. It was "the Holidays", which means trying to be some odd configuration of someone you're not really-jolly, mellow,  full of joy, etc. etc.  My husband and I had argued earlier in the day, and ended up both furiously cleaning the house instead of talking.  I had thought the ride would clear me out and calm me down, but it appears the real me still needed to purge the "other" Holly. I was somewhat grumpy and sullen for the rest of the day, but eventually returned to my normal-not jolly or mellow-self.


Posted by Holly Roberts at 6:31 PM No comments: 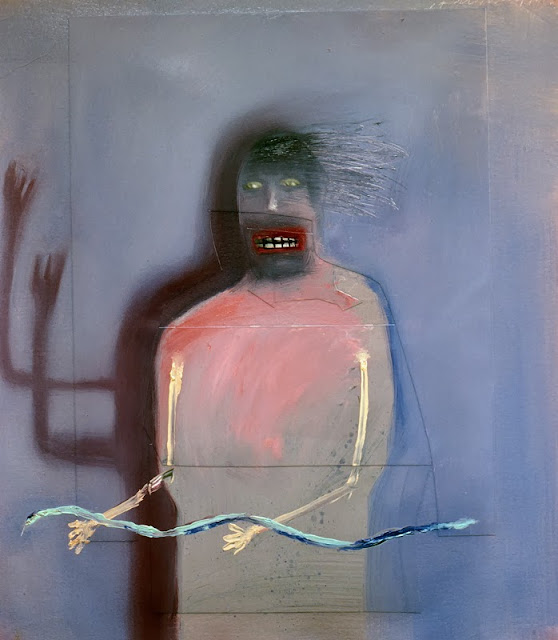 Ophidiophobia or ophiophobia is a particular type of specific phobia, the abnormal fear of snakes. Care must also be taken to differentiate people who do not like snakes or fear them for their venom or the inherent danger involved. An ophidiophobic would not only fear them when in live contact but also dreads to think about them or even see them on TV or in pictures.  Wikipedia

Blackrock, New Mexico sits at the edge of the village of Zuni on the Zuni Indian Reservation.   It's where the Indian Health Service Hospital is located, and a small community of about twenty non-Zuni families reside there in basic homes provided by the tribe. It's about three miles outside the village, and sits atop a beautiful mesa, with a lovely reservoir to the East, and a steep canyon to the North.  It's isolated, but not, since the houses sit on small lots right next to each other, and it's urban, but not, since a one minute walk puts you into the surrounding high desert wilderness.

Every so often, a neighbor would have some kind of a run in with a snake.  We had two neighbors, both men, and both doctors at the hospital, who were terrified of snakes.  Interestingly, it seemed that all the wayward snakes found a way to their homes, and no one else's.   One morning, one of the doctors walked around his Isuzu, parked in the driveway, to get in, and found a large rattle snake curled up in the exposed roots of an elm tree that grew next to his driveway.  Fortunately, It was early morning and the snake was sluggish.  Later that same year, I got a call from this same man, his voice pinched and tight, asking if my husband could help get a snake out of his house. Since my husband wasn't home, I came over, and armed with a broom, chased/swept the small bull snake out the back door.  The other doctor, who lived across the street, found a nest of baby rattlers under his house.  He shot most of them with his rifle.  However, to combat his fear, he decided to put one in a mason jar to show us that he could deal with it.  He managed to get it into the mason jar, but the snake was able to force the lid off with his head and escaped back under the house.  The snake, of course, was never found. 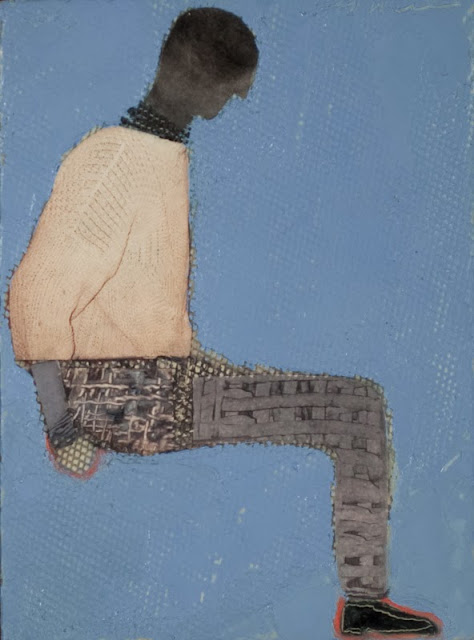 We are all of us bound by something.  For me, it's anxiety.  Worrying about specific things (will I make it to the airport in time to get through security or will there be a huge line and I'll miss my flight?), or, even worse, the free floating stuff that just exists, but that you can't pinpoint.  Although I'm much better now than I used to be, having found the tricks that keep my anxiety less active--sleep, exercise, a diet that excludes caffeine and sugar, and meditation-- it's still always there, lurking, just around the corner. Going to Colorado for three weeks in January?  What about the snow?  What about the cold?  What if I spin off the road on Tennessee Pass(and now I can go online and look at the road conditions at various points along the way, which, when you are anxious, can take up huge amounts of your time, especially when your trip is a month out)?  Although the anxiety wolf will most likely always be at my door, I am learning to trust that there's something much bigger and much smarter out there than me, and that, at the end of the day, it will (probably)be okay.