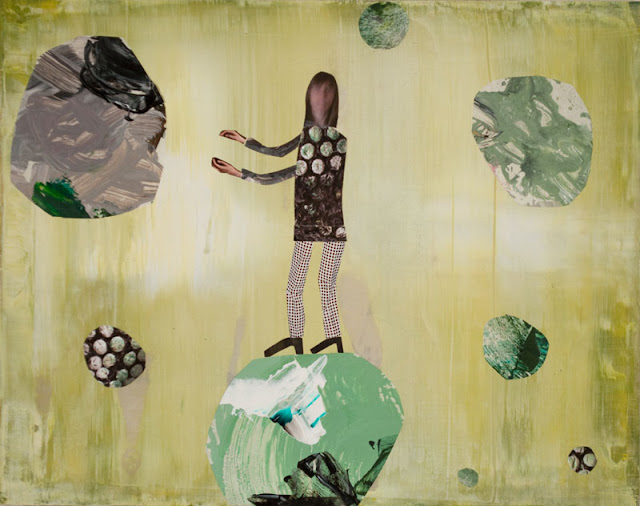 I make my living primarily though selling my work and teaching workshops around the country.  The teaching is fairly seamless:  I enjoy teaching, and people like working with me. I'm invited to teach at different schools and art centers, and with many of these places, I go back year after year.  However, galleries are a different beast. I have a long history with gallery representation starting in my twenties--I was with two of my galleries for over 20 years. But nothing stays the same.  As Heidi Klum of Project Runway liked to say, "One day you're in, and the next day, you're out!" Because galleries are so often the only feed back we have in the success of our work, if we aren't showing/selling we began to feel that what we are doing isn't valid, and we take this lack of sales as personally as is humanly possible.  As artists, instead of thinking as an adult in the business world would, we react like children who aren't receiving the love we (so desperately) need. We began to tumble down the stairway of self doubt, and before we know it, we are splayed on the floor at the bottom of the stairs, broken and bleeding

But, like the children we really are, we don't know any other way, so we pull ourselves up off the "failure" floor and continue to make more work, thinking that there must be some magic trick that will make the work popular, sell like crazy and allow us to feel validated. Of course there isn't a magic trick, but a combination of making good, original work, and finding the right people to support and believe in what we do who are at the same time competent and capable marketers.  And of course, we ourselves have to learn those same skills in marketing ourselves, distasteful and onerous as it seems to most of us.
Posted by Holly Roberts at 5:53 PM 2 comments: