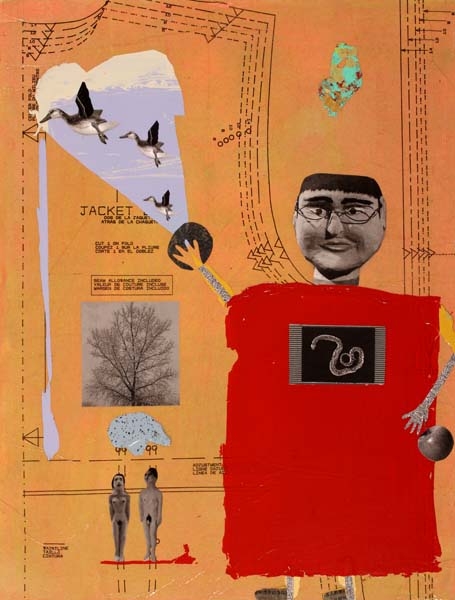 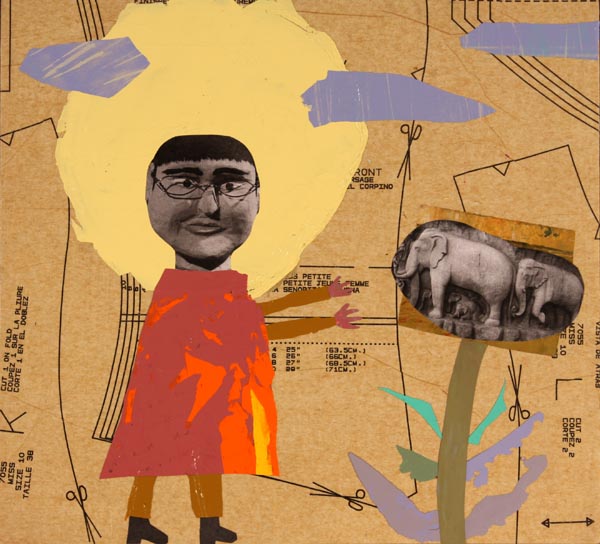 One of the biggest problems I have, after 40 years of making images, is that I just have too much.  Too much to store, too much to keep track of, too much to leave to my daughters when I die. Today, while going through my digital files, I came across two pieces that I did in 2010.  I had decided they weren't good enough to keep, so they were gessoed over and then made into new paintings. Now, looking at the two, I find myself  thinking, "What the hell was going on with you? How could you have painted over these?".  I love the pattern paper that makes up  the background in both images, for both the physical reality of the lines and the conceptual one of using an image that is all about making something else.  The snake on God's very red chest, and the apple falling from his hand in Adam and Eve give us clear clues as to what this is all about. The stories are strong: at the same time that God is sending the two errant humans out of the garden, he is creating sky, trees, and birds and clouds as well.  With  Beasts he gently urges the elephants out of the flower they have been gestating  in while a huge yellow sun glows in the background.  In both images God is nerdy, but clearly well meaning(but maybe not the best dresser). There is nothing about these two paintings that I don't love, yet they no longer exist except as digital images. And at least now, there are two more paintings that I don't have to worry about.
Posted by Holly Roberts at 5:05 PM 2 comments: 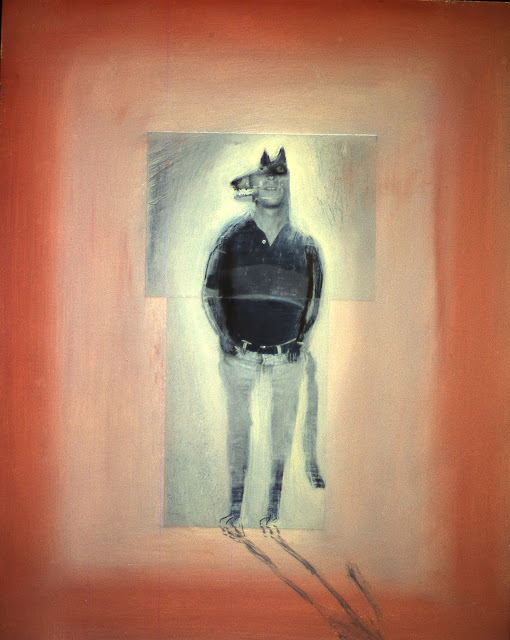