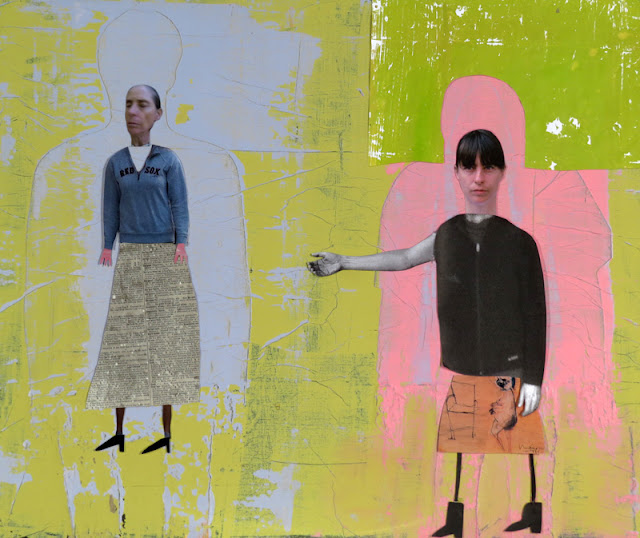 I was recently asked by Nan Masland, the Public Art Project Coordinator for the Bernalillo County Cultural Services Department,  to be involved in a project which joined woman artists with female juvenile youth offenders between the ages of 14 and 18.  We were given a blank panel and asked to create an image on half the panel, then give it over to a teen to complete, under the supervision of another artist. We were asked to respond to the following question,  “What advice would you give your teenage self?"

My advice to my teenage was self was this: everything is going to be alright. As a girl, and as a younger woman, I worried all the time.  I carried anxiety around with me like a treasured friend, afraid that if I didn't worry, then something bad would happen.  But the bad things that ended up happening were not the things that were on my radar, or they were so subtle and insidious that I had no knowledge of them until they were full blown:  relationships within my family, eroding, like acid, over the years-- or they came out of nowhere: being with my daughter in her little VW Jetta on a lonely highway in Southeastern New Mexico when we hit and killed a wild Javelina going 80 mph.

So now, at the age of 64 I've learned to let go of  much of the worry.  I meditate, I don't eat sugar, I exercise, I try and act on things in my life as promptly as I can. I try to love the people in my life cleanly and honestly and I work hard at believing in myself.  But more than anything else, I  look back over the years and realize that my life unfolded the way it needed to, almost in spite of myself, and that everything has been, and will be, alright. 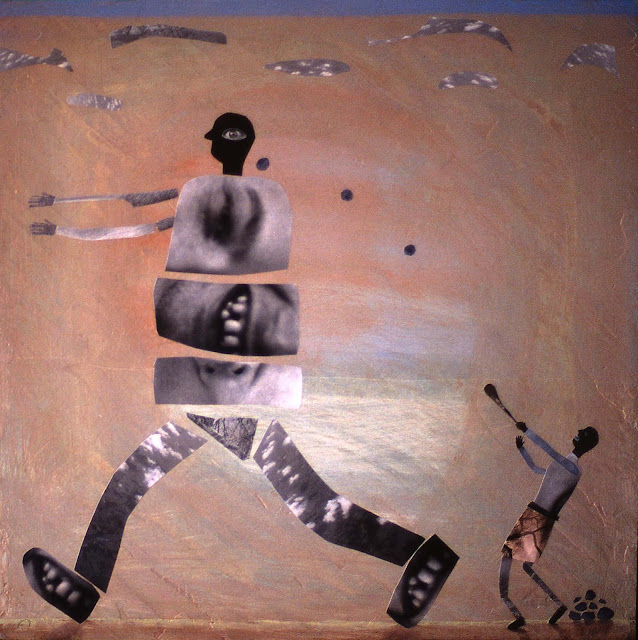 The phrase "David and Goliath" has taken on a more secular meaning, denoting an underdog situation, a contest where a smaller, weaker opponent faces a much bigger, stronger adversary.  Wikipedia.

Of course, in the ancient telling of "David and Goliath", Goliath was facing David so that when the stone that David hurled at him, hit him, it landed smack dab in the middle of his forehead, causing him to stumble and fall. Then of course, David whacked off his head and held it up to show everyone that Goliath was no longer.

My Goliath is really a figure of sympathy (and knowing what was to follow, you have to agree).  He's frightened, running to get out of the way of the stones flying at his head, probably knowing what is to come if he falls.  We automatically root for David, after all, he's much smaller, and is armed only with stones, although God is backing him, so actually he has quite a bit of help.  But really, whenever there is a winner, there is also a loser, and no matter what the odds, it's always bad for the person, team, or country that goes down, no matter how large or how powerful.

I think of all that is going on in the world right now, with the conflict and the incredibly confusing issues that have to do with religion, terrorism, climate change and violence(to name a few).  I want there to be a David who can win against all odds. But then, I'm not even sure who David is, and I'm  afraid that we, those of us that live in the United States of America, are in fact, Goliath.


Posted by Holly Roberts at 3:02 PM No comments: