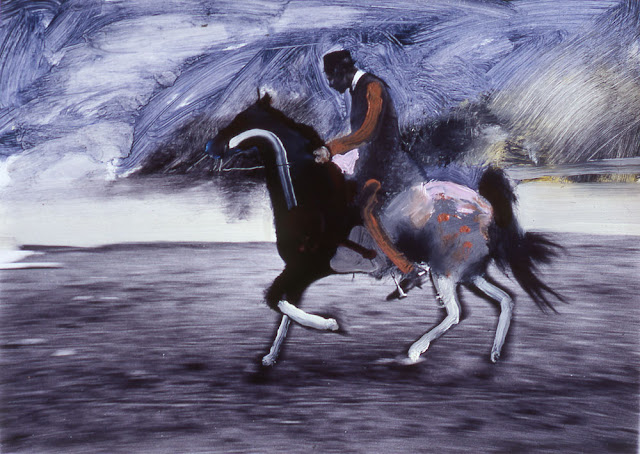 Posted by Holly Roberts at 3:33 PM No comments: 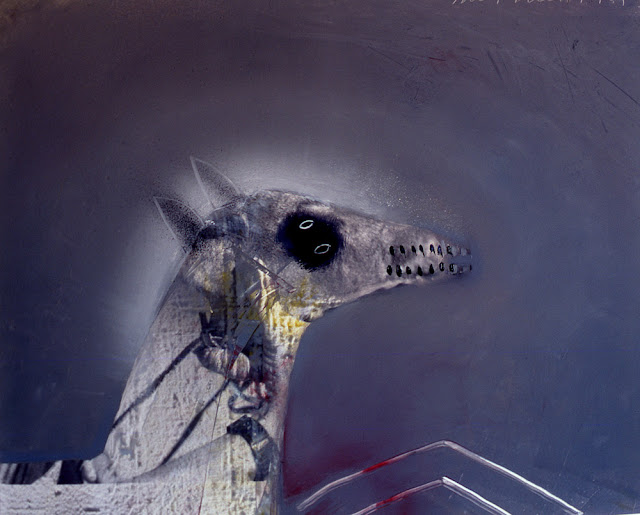 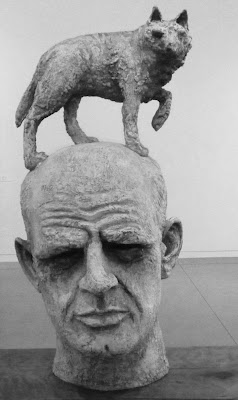 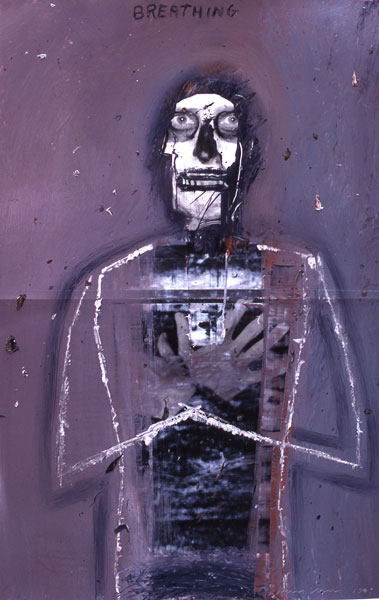 About ten years ago I saw a large retrospective of Robert Arneson's at the San Francisco Museum of Art, and had been, to use the old cliche, "blown away".  One of his pieces, a large bust of himself,  done when he has being treated for bladder cancer with chemotherapy, was one of the most powerful works of art I've ever experienced.  It did many things to me on many levels, not the least of which was to make me laugh. For the last few weeks I have been reading the new Arneson biography by Jonathan Fineberg, A Troublesome Subject.  The biography has been a pure pleasure for me to read.  I am finding that I adore this man and his work(well, not all of his work, but the ones that speak to me are truly inspiring).*

Last Sunday, I came down with a bad head cold.  This is something that for most people shouldn't be a problem unless they are very old, very young, or, like me, someone whose cold(always) turns into a sinusitis.  It's debilitating, but, will, eventually go away. By reading about Arneson and his struggle with his cancer, I'm able to put my own suffering(of course--nothing in comparison) into perspective, and at the same time honor this man for his tremendous courage in dealing with a fatal disease.  He did with his life what we should all be doing:  allowing the knowledge of our deaths to help us see clearly and honestly, with courage, and, like Arneson, with humor and grace. 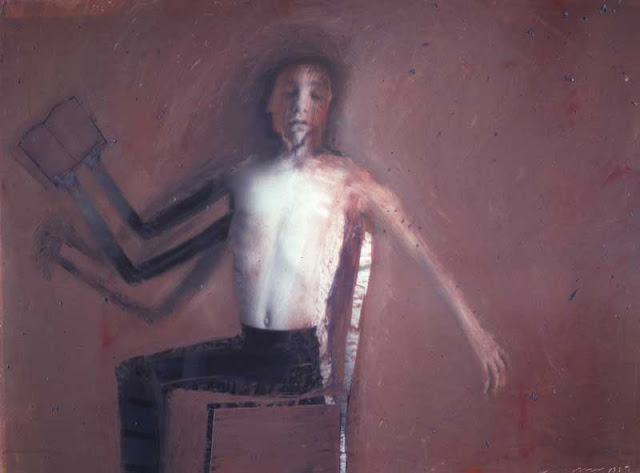 She sat with a straight back, eyes front, her book held upright in her lap.  She was small for the large arm chair, her pink tennis shoes splaying off the edge of the cushion. I watched her read; eyes moving across the page until she came to the bottom, then moving to the top of the next page. That page finished, she would lift her right hand and turn it. She sat quietly, serious about what she was doing, page after page turning as she progressed through the book.

This was my first child, so I had no idea how the process of reading unfolded.  I thought perhaps it had just come to her, out of the blue, suddenly able to read big books with small print.  Her concentration was obvious.  Clearly, for my daughter, reading was an important and weighty matter.  Of course, as it turned out, she was years away from reading the kind of book that sat in her lap.  She had watched us read and  knew how important it was, and therefore, it mattered to her.  For all intents and purposes, she was reading, or at least learning the attitudes and postures that went with the process. And really, for all intents and purposes, those things mattered just as much as anything else.
Posted by Holly Roberts at 4:53 PM 4 comments:

Things happen. Bob, my husband, during a ski trip in California, woke up one night in his hotel room after a long day skiing and a few glasses of wine.  He got out of bed thinking he was at home, and, a little dizzy, put his arm out to brace himself against the wall next to the bed.  No wall.  He fell sideways, his shoulder taking the full force of the fall, stopped by the sharp edges of a low wooden bench .  A massive bruise lingered on his shoulder  for weeks, changing from dark blue to yellow. Had it been his head that hit the bench, I might be wheeling him around in a wheel chair today, or worse.

Several years ago, Bob's mother experienced a severe headache.  She took some aspirin and went to lay down*.  The headache became so painful that she finally she went to the emergency room at the hospital.  Diagnosed with an aneurysm, she was transported in a helicopter to the University of New Mexico Hospital.  Bob watched the helicopter descending in the early hours of the morning, landing on the roof of the hospital, waiting for his mother, hoping she wouldn't die. She didn't, being one of the fortunate few to survive an aneurysm.

Bob is in the large car, driving, death sitting behind him.  His mother, Gene, is sitting in the backseat of the smaller car, in this case, death is driving.  All the signs are cautioning her that things are amiss, and a rabbit, struck by a passing car, lays dead by their front wheels.  Be careful  Gene.  It's not looking good.  The third vehicle, a large truck, is also driven by death.  Large and foreboding the way all semis are, it continues on it's way, oblivious of everything in it's path.

*In the case of a severe headache, don't take aspirin but rather tylenol since the tylenol won't thin your blood the way the aspirin will and increase the bleeding if it is an aneurysm.
Posted by Holly Roberts at 5:22 PM 1 comment: