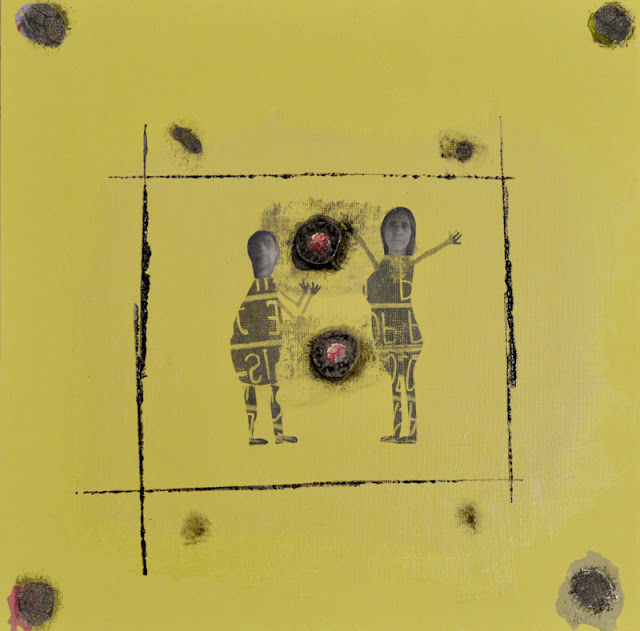 Dear holly,
We want to thank you for submitting an application for the 2015 Clark Hulings Fund Business Accelerator Grant.  Our grant review panel has completed its review of 140 applications, and, unfortunately,  you were not chosen as a finalist or grant recipient.
Although you weren't chosen this year, we encourage you to seek future support from The Clark Hulings Fund.  Our website, clarkhulingsfund.org includes many resources designed to help artists like yourself develop their businesses.
Good luck with your future work.
Alas and  Alack, this email I received today seems to be fairly standard for me anymore.  I'm under drought conditions when it comes to getting accepted for any kind of grant or award.  I've decided I have about the same odds anymore as winning the Megamillions lottery:  I make the application--spending sometimes days getting all of the information together--pay my fee, then wait to hear back.  Often I don't hear back, I just know that the deadline has come and gone and I wasn't notified, other times I get nice rejection emails like this one.  It's discouraging, but I've learned over the years not to be bothered(this is not a true statement) since I've also been at the other end, jurying or selecting artists for shows and/or awards. I know how it works, how it is to choose, what a completely subjective experience it is. I recently juried a show for Tilt Gallery http://www.tiltgallery.com/category/whats-new/ , and while I loved the process and choosing the work, it also broke my heart to say no, knowing how hard it is for any artist to put him or herself on the line and then be found lacking. It helps that, along with the artists that didn't get into the show, I've spent my time in the barrel and know just how it feels.
Posted by Holly Roberts at 2:54 PM 2 comments: 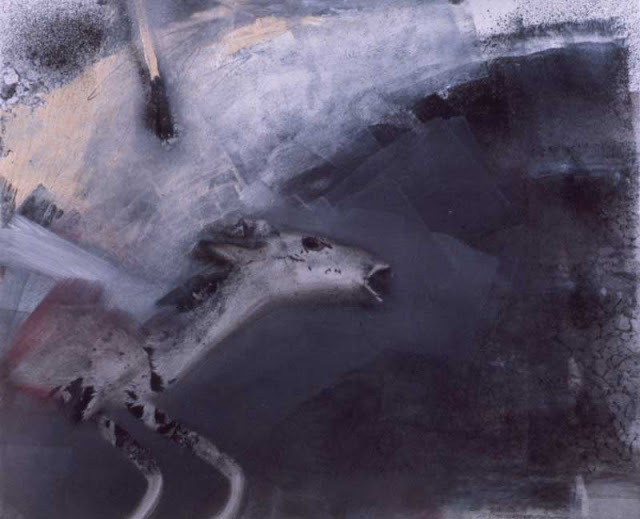 Having recently finished graduate school, I wasn't sure what the next step in being an artist should be.  After much thought and discussion, I decided it should be making make my work known to a larger audience.  So, one fall day in 1982,  I headed to Houston(two days plus) in my small Datsun pickup truck, portfolio and camping gear secured in the back.

It was an epic drive, with me taking a few wrong turns, and spending one night in a sleeping bag at a campground along I-10.  I-10 was a busy interstate highway that seemed to go on forever, and as soon as I got into Texas, I began to notice the many deer carcasses along the shoulder, hit by traffic as they tried to cross.  I'd pull my little truck over to the side of the road, wait for traffic to roar past me, then carefully exit the truck with my camera in hand and take as many photographs as I could.  If the smell were bad, I wouldn't linger as long.

The trip was really a bust, with no galleries showing any interest in representing me, and although the few curators that I showed work to were polite, they had no immediate offers of help.  However, when I got back to Phoenix I had several rolls of undeveloped film of the dead deer. They turned out to be powerful images, and I ended up developing and painting on several to make this series. Now, 33 years later, what I marvel at is how I brave I was(or perhaps how foolish?):  undertaking the long trip by myself, with little or no knowledge or where I was going or the reception I would receive, no cell phone, very little money, and mostly just an enormous belief that things would work out.  And, in the end, they did.
Posted by Holly Roberts at 5:27 PM 1 comment: