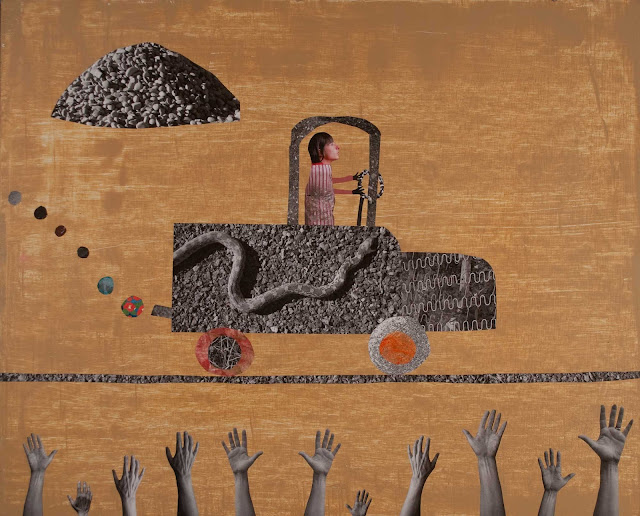 According to folklorists and other narrative scholars, the hero's journey forms the basic template for all great stories. Described at length in Joseph Campbell's The Hero with a Thousand Faces, the hero's journey serves as the tale every culture tells. The journey's path is described variously, but in general it includes the call to adventure, a supernatural aide or mentor, initiation by trials and adventures, victory, and return.   Chegg Tutors, Hero's Journey

My own Hero's Journey would be as follows:  the call to adventure would be the dedication of my life to being an artist, to making images that reflect what isn't known to me.  My supernatural aid would be the animals that have inhabited my life, providing me with the smallest glimpse into another world that runs parallel to mine but that I can know only slightly.  My trials and adventures are numerous, but most of my trials have originated in self-doubt and fear, and the adventures in a courage I'm always surprised to look back on and realize I posses.  The victory is in my continuing the journey, ignoring my fears and following the adventures my unconscious proposes. Although  I'm on the downhill side of my journey, I haven't yet returned. 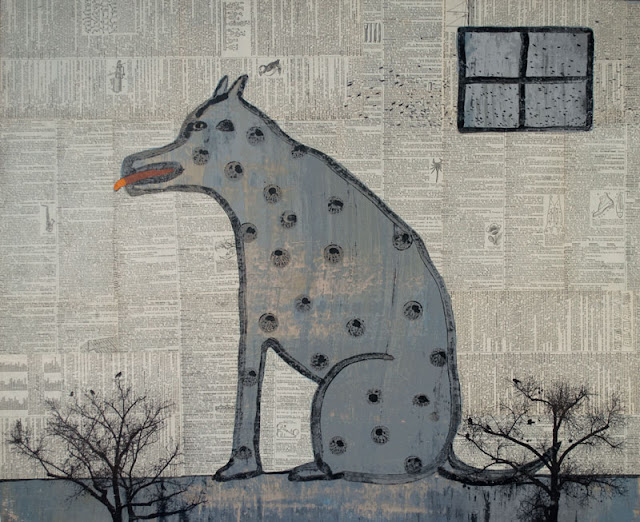 Cash was another throw away dog.  Roaming near the farm of my older daughter's then boyfriend's parents, he was afraid to come near us, but continued to stay close to the highway where he must have been dumped.  This was in the spring of 2009, so it may have been that he was just too large a dog for someone to have to pay to feed.  He was finally lured in with bits of pork loin from dinner from the night before.  My youngest daughter, a sophomore in college in Kansas City, claimed him, and he became her best and closest friend for the next six years.

Huge, with a head the size of a platter, and deep booming bark, we figured Cash to be mostly Mastiff.  In the spring of 2015, our youngest daughter's life took a turn  where dogs weren't allowed, and Cash came to live with us.  For the first few weeks he was depressed, and ate just barely enough to keep going, but gradually, he began to adjust to life without his Goddess.  It wasn't so bad--two little dogs to play with, a huge back yard to protect, dirt to roll in, and best of all, a fairly constant desert sun to warm his aging bones. This winter, on a daily basis, a murder of crows filled the branches of the elm trees in our yard, keeping the air alive with their continual cawing, co-existing with Cash in his new life.
Posted by Holly Roberts at 10:44 AM 1 comment: