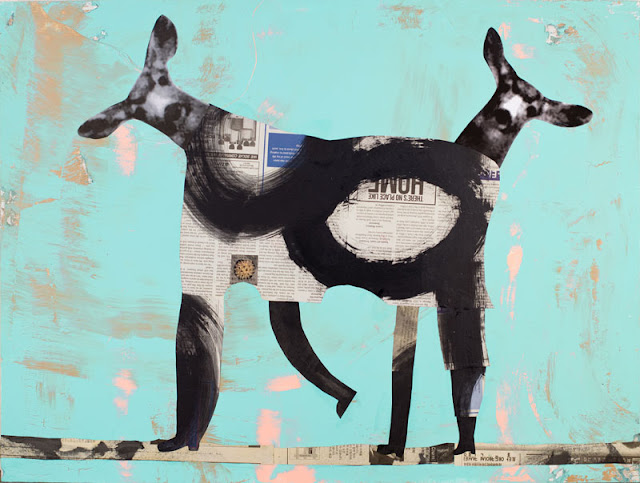 I know for me, as an artist, 2020 has been crazy, as it has been for all of us, artists or not.  I was due to have an exhibit in April at Candela Gallery in Richmond, Virginia.  When I was making my plane and hotel reservations in February, Gordon Stettinius, the owner of the gallery, and I talked about my flight, and this virus that seemed to be going around.  Neither of us was really concerned, and from the opening I was going to go to West Palm Beach in Florida to the Norton Museum, to teach a week long workshop.  Meanwhile, my husband, Robert Wilson and I, had a show together at the UNM Hospital which opened in mid February, and almost simultaneously we prepared for another exhibit in Tucson with Etherton Gallery, to open in March, Go Figure.  We loaded up the truck and Bob drove his sculptures and my paintings to the Gallery to be ready for the opening on March 17.  The next day the country shut down.  My show with Candela was cancelled, as was the workshop.  The show was up at Etherton, but the gallery was closed, and our show at UNMH was, of course, totally off limits to anyone but patients and staff. All my workshops were cancelled through the end of December.  I felt as if I had two lives that I was living:  the one that I had planned for but never happened and the real one where everything had constricted and drawn in on itself.

Candela Gallery is going to go ahead with my show with them, Primitive Visions, and there will be a real opening, although, of course, I won't be there(they plan on publishing a small catalog of work in the show as a way to reach out to people). We got our work back from the Hospital a few weeks ago, and Etherton Gallery has extended our exhibit into the fall--TBA. So things are limping along, but in a brave, who knows what the heck is going to happen sort of way. One the one hand I feel badly, but on the other, I know that this is just the price we are all having to pay for the strange calamity that has befallen the world--and of course knowing that it could have been so much worse.

Posted by Holly Roberts at 5:25 PM No comments: 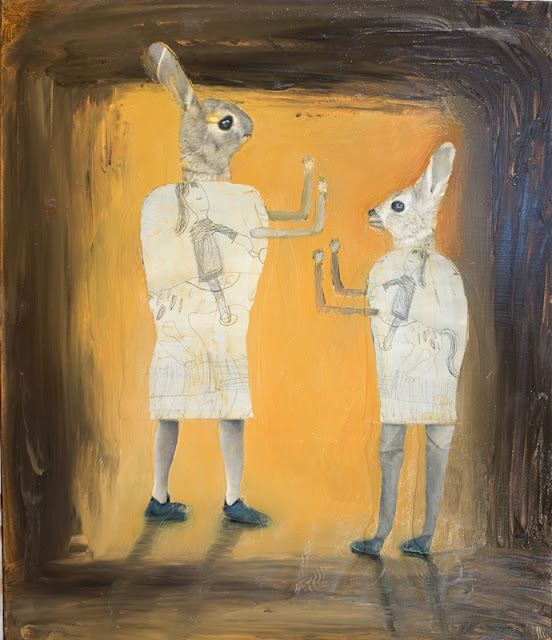 Edwin Fisher, a professor of health behavior at the Gillings School of Global Public Health at the University of North Carolina, Chapel Hill ... worries about depression, suicide rates and marital problems — things that are currently at heightened rates because of the pandemic.Huffpost 8/6/2020

It's a harsh, contentious, post covid world.  I've been called a bigot and a racist by strangers for seemingly non bigot and non racist events.  I've gotten into strange tussles with close friends, which all seem to spring from some sort of twisted covid related issue.  When I'm out in public, I'm always looking for the "Karen" in the crowd, the person wearing their mask around their chin, or not wearing one at all.  When I see that person, I'm outraged(although I never say anything). And that doesn't come anywhere near approaching what is happening on a national level. Most of us, our screens in front of us, watch in horror as we see people attack each other and burn and loot buildings, while deadly shootings seem to be the order of the day. These cottontail rabbits, that I see on a daily basis, seemingly so harmless and gentle, but, like us, there's most probably trouble brewing under those big eyes and that fluffy fur.

Posted by Holly Roberts at 10:39 AM No comments: