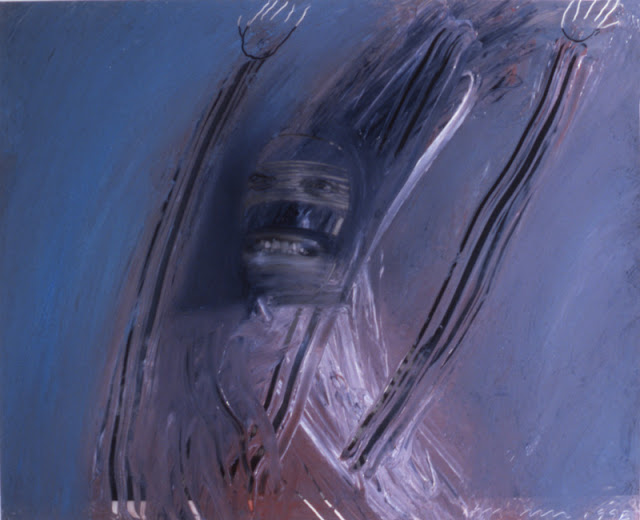 After living on the Zuni Reservation for eight years, our family moved to Chicago so that my husband could do a Sports Medicine residency. Our small family located in Uptown, renting an apartment and a basement studio from photographer friends who had moved North to Evanston.  We settled in, Bob going off every day to his residency program, Ramey to Montessori school, and Teal to spend the afternoons with her babysitter in a high rise apartment not far from the lake. Once I dropped Teal off, I would go for a run along the shore of Lake Michigan, then return to my studio to work.

In February of that year the lake was cold, but not frozen.While I bundled up to go for my runs, I wasn't terribly cold and I enjoyed torturing myself with thoughts of somehow falling into the cold, choppy water.  One afternoon, as I arrived at the lake, I could see that the parking lot had been closed off, and there were a number of police cars and vans.  Several divers in wet suits were diving off a small wall into the water.  Evidently, in the early hours of the morning, a man had driven his sports car at a high speed directly into the lake, and the divers were searching for both the car and his body.  I stood and watched, hoping they would find him, but also dreading that they would find him since I had never seen a dead person before.  Vicarious peeping Holly was stronger than timid Holly and I stood around and watched for quite awhile as the divers would dive in, submerge, be under for awhile, and then come back up.  But, no luck, and finally, bored, I went off on my run.  Left to my thoughts,  I could only imagine what it would have been like for the driver as he hit the frigid water and went down, trapped in his car, surrounded by the freezing water.
Posted by Holly Roberts at 1:20 PM