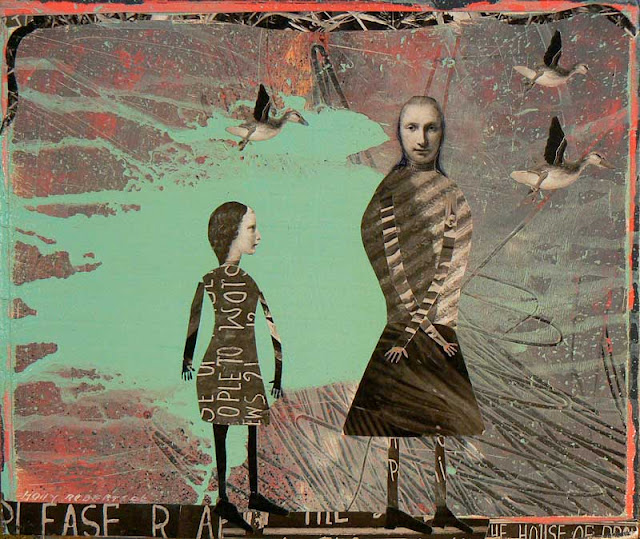 That being said, I have to look at my own images and hope that I stay on the side not of stealing but, instead, of marrying diverse images to make something completely new and original.  I'm hoping that Rembrandt, were he to walk into the room which held Mother with Daughter and Birds Leaving would, in seeing the head of Agatha Bas that he had painted so many years ago, not be angry at me.  Instead I hope that he would  be intrigued in seeing how I had used Angela's head to tell a story about a mother who is about to lose her daughter to the outside world.  He would understand that the birds spoke of the eventual freedom of the girl, but he would also see the snake-like figure at the top, and would know that as well as freedom there was also implied danger.  He would see the pride, but also the sorrow, that the mother feels. He would see that, in so beautifully capturing the face of Angela Bas, he gave me the perfect mother to tell this story.
Posted by Holly Roberts at 6:10 PM