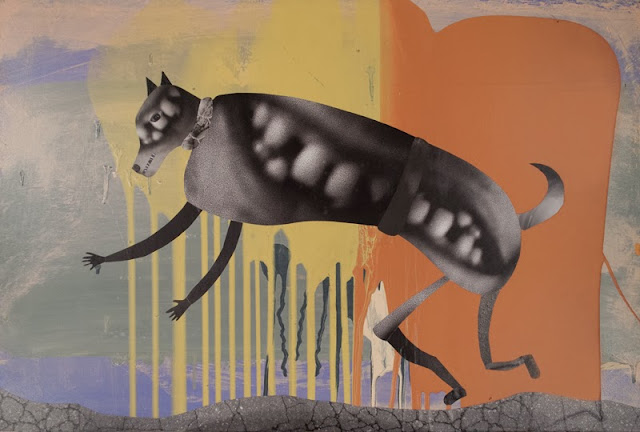 From inside the house, Bob had heard a high, shrill, yelp coming from the outside. He started out  the back door, and then, with a feeling of dread, began to run toward the fence, frantically calling Niko's name. "My gut said  something was really wrong" he told me.   He saw Niko in the large field to the south of our house running back towards Bob as fast as he could, and at the same time, Bob saw a large male coyote loping  away. Niko forced himself back through the hole in the chicken wire that he had used to escape from, and greeted Bob with a mixture of guilt and excitement.  Bob examined him and found two slight puncture wounds on either side of his thigh, and later, the next day, another puncture wound closer to the joint on his back leg.  Bob thinks the coyote lured Niko out of the yard, and then grabbed him by the back leg once he was a safe distance from the house, planning to have Niko for his midday meal.  When he'd heard Bob charging out of the house yelling, he'd dropped Niko and decided it was time to move on.
Posted by Holly Roberts at 6:04 PM