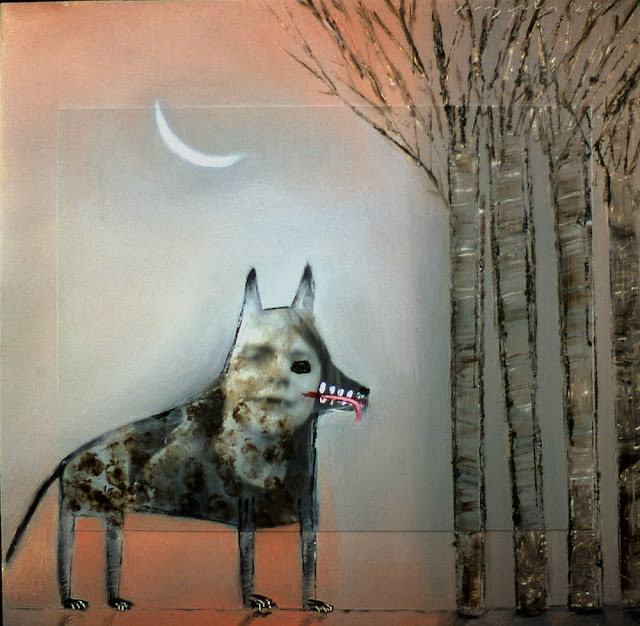 As a child, our youngest daughter Teal had the uncanny ability of being able to exactly duplicate a wild animal.  She would squat on her hind legs, and with jerky motions and twitches of her hands and face,  become the prarie dog that we had seen at the zoo.  She could stay in that position for quite some time, scampering about the house, stopping to groom herself  or look about her in an alert, slightly fearful way.  I was intrigued by Bowlby's use of "Small Wolf with Forest":  taking something that to me was about our dual animal/human natures and  interpreting it in another larger and more complicated context.  Their interpretation is bigger, darker, and fiercer than anything I ever envisioned, and I'm pleased with that.
Posted by Holly Roberts at 8:21 PM