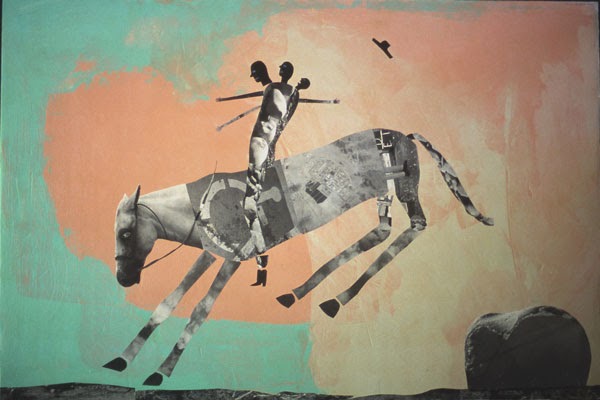 My “Bucking Bronco” is about risk and the (often) disastrous results of that risk.  The cowboy’s rock constructed body means that when he does go off, he will be guaranteed a hard and brittle landing(on the rather large boulder immediately behind him).  The  horse, with the back half of his body portraying a missile range, gives us clues as to just how dangerous he really is.  A time lapse view lets us see our cowboy’s head snap back, with the last head, open mouthed, showing us just how frightened he really is as he realizes he is most probably going off.   And of course, the wheelchair symbol making up the front half of the horse clues us in as to where this rider will eventually end up.

Posted by Holly Roberts at 3:02 PM