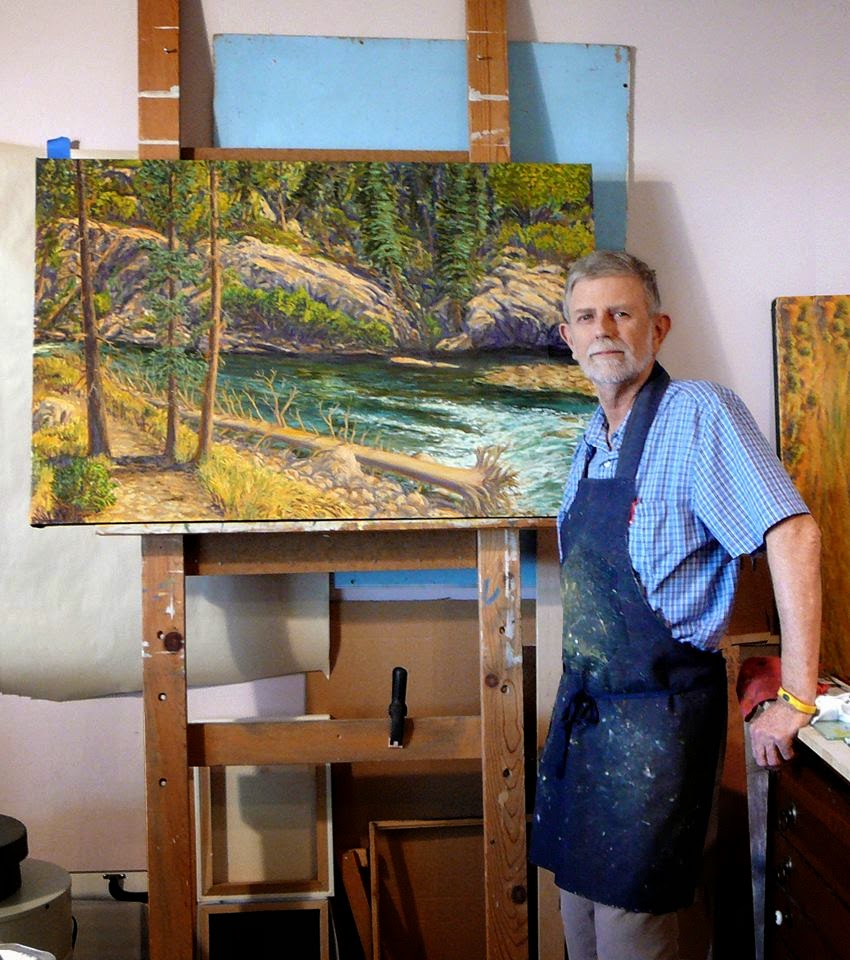 I first met Russell when he came to work at Tamarind Institute in the 70's.  I remember his big hair--a  mountain man beard and about as much long, wild hair as you could could expect from a white guy.  He was warm, friendly, and had a Missouri twang when he spoke.  He was married with a young son, unusual for most of us at that time, children being something we didn't really understand.  The years passed and I would see Russell every now and then.  He was always welcoming, and I followed his career in a tangential way.  About 15 years ago, I ran into him at his studio and I was taken aback by how terrible he looked.  It turned out he was waiting for a kidney transplant, and not doing well.  But he did receive the transplant and was able to keep doing the things that he cared the most about.

Around the time of the transplant, he opened up a gallery in Albuquerque with another artist, Kim Arthun.  Both felt the constrictions of normal gallery relationships and wanted to take more control for their own work.  They also wanted to provide a "sane" venue for local artists, and that's what they did, providing Albuquerque with one it's best venues for seeing art that mattered. *  In that extra 15 years he grew his son, maintained a loving relationship with his wife, did his art, hiked and camped and co-ran Gallery 208.  Then, his kidney gave out, and once again he had to wait for another transplant.  This kidney only lasted about three years, and finally, as Kim said at his service, he "tapped out" last week.

The service was held at a large church, and filled to capacity with all the people in Albuquerque who had been touched by Russell. Kim read his eulogy, and it was truly beautiful.  He gave us a picture of Russell's life that was complete, but more importantly, he gave us the sense of how much their friendship mattered, and how much these two men loved each other.  When my husband and I left the service, we each felt envious for what Russell and Kim had shared.
Posted by Holly Roberts at 4:41 PM