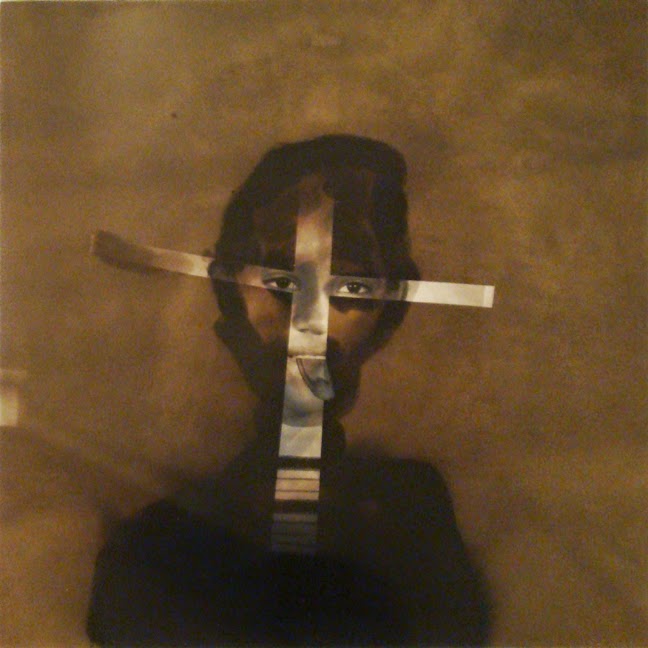 For years, Jim Kraft and Judy Booth's place in the South Valley was a refuge for many artists in the Albuquerque area, Ted Kuykendall and I among them, which is where I first met Ted.  Ted and I  were never close friends, but I admired and respected his work tremendously. At one point, when I was pregnant and didn't want to be in the darkroom, he developed a series of large prints for me that I later painted on.

Ted had the thing--he was the real deal.  His work came from a place that was unknown, only to be made visible as Ted did magic with his camera and darkroom chemistry. Of the work I'm familiar with, all have a sense of troubling oddness, as if we could briefly get a snapshot into his strange and dark dreams.  They are strange and unsettling, but quietly so.  His craft was his own, combining multiple images and then using chemistry to alter the surfaces.

Ted died in 2009 at the age of 56.  He had a heart condition.  His life hadn't been easy, and he worked primarily as a carpenter and a cabinetmaker. He seemed to never have had much money and lived  hand to mouth at times, yet he always continued to make work, and the quality and craftsmanship were superb.

Recently, while browsing on the photo-eye website and I came across some of Ted's images http://www.photoeye.com/templates/mSearchShowcasePowerSearch.cfm?keyword=ted+kuykendall&x=6&y=7 .  I was reminded of how much I had liked his work, and reminded, also, of what little commercial success Ted had had in his lifetime.  Few people knew /know his work. He was so very good, and yet so very under appreciated. History still has to write Ted's legacy and my hope is that his place in the world of fine art photography will end up at the very top.

*A lovely piece about Ted and his work by Stephen Fleming, Director of the Roswell Artists in Residence Program  http://www.rair.org/MarshellGallery-Kuykendall.htm
Posted by Holly Roberts at 3:51 PM