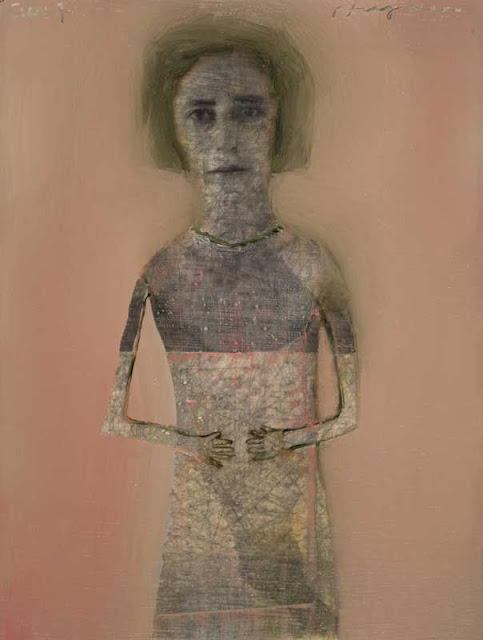 Last night I spent time looking at the work of Frank Moore, an artist--primarily a painter--who would have been a few years younger than I had he lived. * He was a victim of the AIDS epidemic, and his work is a fascinating and complicated reflection of not only his declining health, but of our failing environment as well. The work is visually complex, reminding me somewhat of Hieronymus Bosch if he would have reincarnated as a 20th century gay man.  The work isn't as damning or condemning as Bosch, and has a dark humor and an intelligence that's hard to fathom at times. The work has so much to say, and is so well done, that I found myself questioning my own imagery, wondering what I have to say that matters anymore.

In the 40 years that I have been making images, I've grown and matured, not only as an artist, but as a woman, and as a human being. I no longer suffer the way I used to, and the magic and mystery of the world that seemed right around the corner, now seem distant. I feel inspired by Moore's work, but also humbled, and worried that maybe what I have to say is of no great importance.  But then I think that if Moore hadn't died of AIDS, if he would have lived a life parallel to mine, he would probably be in the same spot I am right now. Like me, he would have been fretting and worrying about his images and trying to figure out how to continue working in a way that is significant. And he would know, as I do, that he would have had no real say in the matter and could only make the images that he was given to make, significant or not.