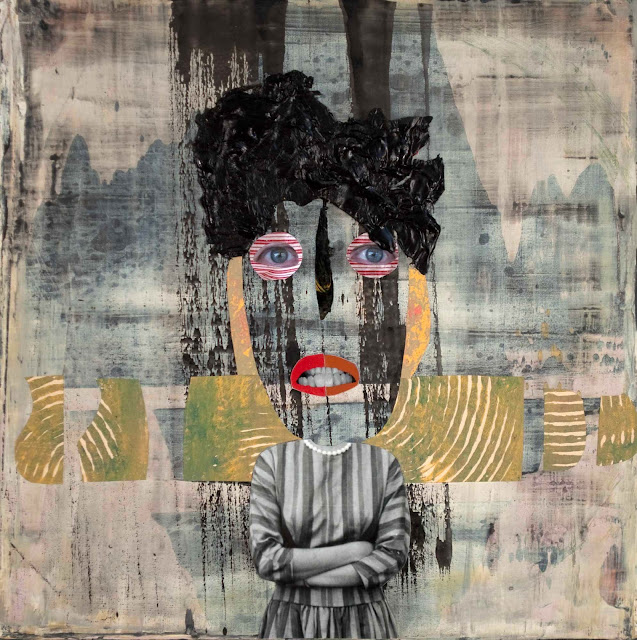 My mother-in-law was a very elegant 1950's mother.  She was--and is--quite beautiful, now 92,  Albuquerque's own Jackie Onassis. In our scruffy little western city, my mother-in-law stood out like a sore thumb, always dressed to the nine's with beautiful clothes and scarves, always with makeup and hair done, and always in heels.  Something that couldn't have been easy with four kids and a husband who sometimes brought home the bacon, and sometimes didn't.  At one point, she and my father-in-law went to the Mrs. America contest in Florida, and they returned with a pink vacuum cleaner for her and a billiard table for him.

But there was another side to my mother-in-law--not the Donna Reed side.  It was dark and frightening. To this day my husband has vacuum-noise-induced anxiety because of his PTSD around what we call "angry vacuuming". One minute she would be the Loretta Young of the Northeast Heights, and then, there it would be--pure rage over something seemingly trivial at the time. We still see it in her, now with inhibitions gone as her dementia increases.  This small painting must have hit a note with others, either angry mothers or the children of angry mothers, because when this piece was taken to the Dallas Art Fair in the spring of 2016, it sold immediately.  Soon after that, several of the buyer's friends returned to the booth, demanding to know where they could find their own "Angry Mother".