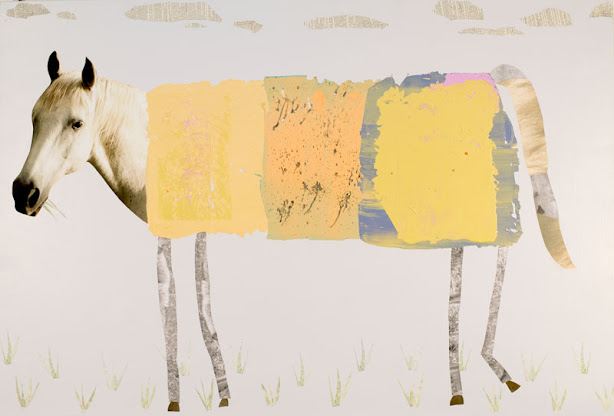 In February of 2020 I was brought back into the world of horses through a series of coincidences.  I found myself with a new set of friends that included two horses, two Sheltie dogs, and two transplanted South Africans. Although I had been familiar with horses for as long as I could remember, it still took me some time to get used to being around them again.  Their size, the power, and their unpredictability all induced quite a bit of anxiety in me when I would first enter the corral. They were big guys and one of the horses, Stormy, was young, just four when I started riding him. His galloping around the corral at full speed and his wild bucks when I went to catch him were simultaneously thrilling and terrifying. As the time went by, I still felt the same cautious concern when I entered their space, but it grew less and less, and now, it's pretty much gone. The opposite feeling to that anxiety is the feeling I get when I am around them when they are grazing.  Their precise, careful steps, their big powerful teeth cropping the grass as they slowly move forward, and their quiet, calm presence is a soporific for me, giving me the unspoken feeling that all is, and will continue to be, okay. This painting, quite large, was an attempt to capture that peace and calm.

Posted by Holly Roberts at 8:29 AM