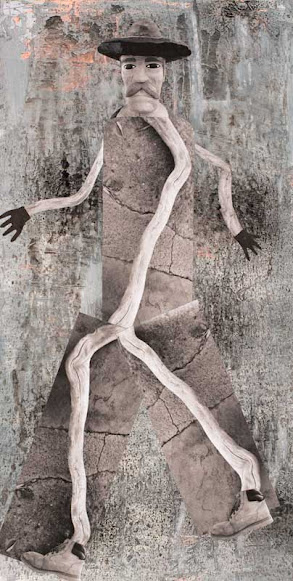 Recently, I tried to leap onto the back of a bareback horse the way I had as a younger woman.  I would stand by their left side, facing their rump, then, with a little jump, swing my right leg up over their back, catching it with my heel and then pulling myself up and over.  It never failed to impress--I could do it on any horse. Imagine my horror when I went to spring onto my friend's horse to impress her and instead of my foot hooking over his back, it smacked right into the middle of his belly.  He gave me a somewhat concerned look, and I tried again and again, finally succeeding, but just barely.  He stood the entire time, waiting patiently for whatever dumb human thing it was that I wanted to do. I tried on another, smaller horse a year or so later, and this time couldn't get my leg over her back. I gave up after a few tries. Where the heck did those loose muscles and powerful legs of mine go?  I guess, turned to sticks.

Posted by Holly Roberts at 5:44 PM