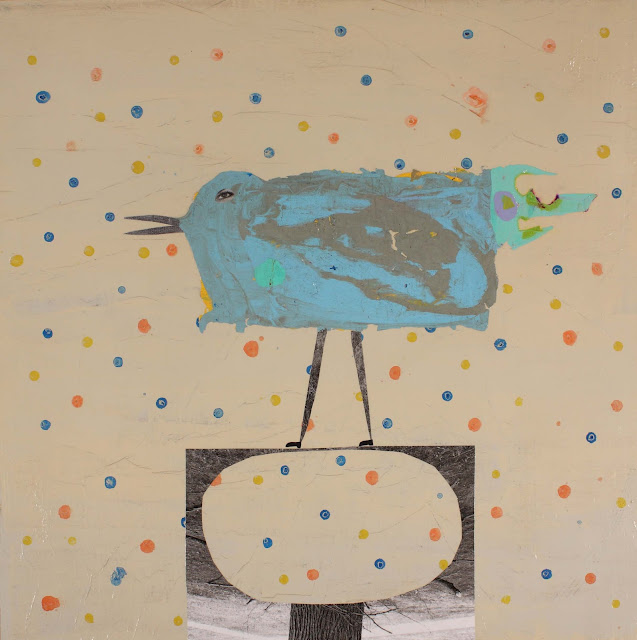 I did have to engage my brain once I started putting the piece together and finishing it off.  Some of the colors I used were not water proof, and ran when I applied the finish varnish, so my brain had to come up with a solution.  Cranky, it solved the problem, but wasn't happy, feeling under appreciated and under utilized.
Posted by Holly Roberts at 12:46 PM