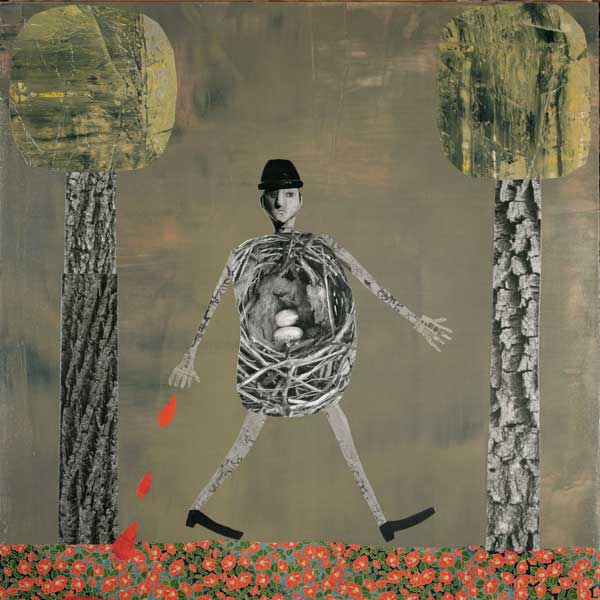 I recently became aware of the work of Chris Jordon...an artist based in Seattle, Washington who is best known for his large scale works depicting mass consumption and waste, particularly garbage. He has been called "the 'it' artist of the green movement". Wikipedia    http://www.chrisjordan.com/

I was absolutely mesmerized by his images, especially his Midway project, which is about sea birds that live on the Midway islands in the middle of the Pacific, ingesting large amounts of plastic from the ocean, and then dying.  Chris's photographs are of the corpses of these birds; a cornucopia of the plastic remains of what was in their stomaches surrounded by the feathers and appendages of the birds. The images are stunning visually, and then you are hit with the impact of what they mean.  But it isn't just these bird images; all his images are very extremely powerful, and all depict a world/culture that is out of control.  After going to his website and looking through all of his images several times, I left feeling that my images, about much the same things, don't have the same visceral impact that Chris's have.  My images are several steps removed from reality because they are about things that are about other things:  a man with eggs in his belly and blood dripping from one hand might mean that something bad is going on in the forest or it might just be a man whose body is made from a bird's nest in a world of strange trees and flowers with something red dropping from his fingers.   My work says, "You might want to think about this, but if you don't, that's fine, just look".

I know I can't go where Chris goes.  For one thing, I can only imagine the world he must live in in terms of anxiety and worry about our world.  I carry that around with me also, but I can ignore it when I want to think about other things-bicycle races for instance. I don't think he ever gets away from it.  Chris' work says that we can't ignore the trouble we are in.  If we do, it's going to be us with the plastic in our bellies, if we aren't there already.

Chris is trying to raise money to make a movie about Midway through Kickstart.  He needs 100K and he currently has raised 40.  I just donated $200 dollars(I was going to donate $100 but then saw that I would get a small signed print if I came up with another $100).  I hope he raises the money he needs, and I know he will.  We need both Chris's voice and vision.

( This link will take you to an article in Outside Magazine that will link you to Kickstart if you think you might want to help Chris make his movie)
http://www.outsideonline.com/blog/a-love-story-on-midway-island.html
Posted by Holly Roberts at 4:14 PM