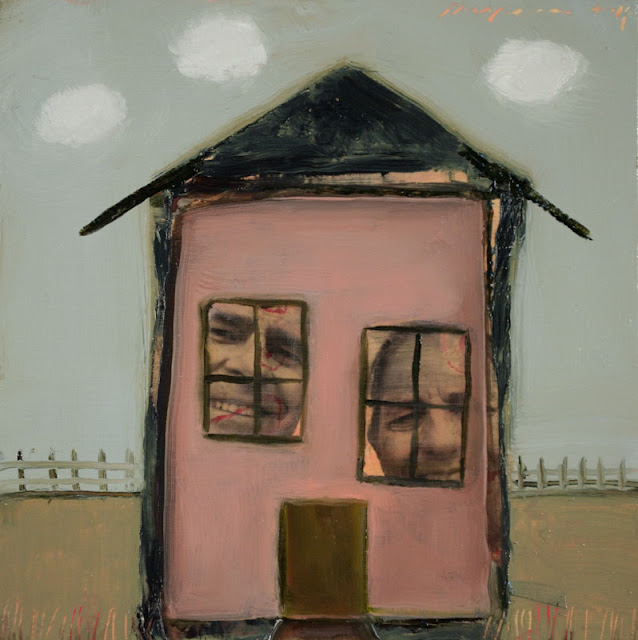 As four year olds, we were boyfriend and girlfriend, but then his parents moved to a city 60 miles away, ending the torrid love affair.  17 years later we met again, him tracking me down after seeing one of my lithographs in a student exhibition. Events unfolded and we ended up living together for some 14 years before we had our first daughter.  We decided to get married when I became pregnant with our second, much to my mother's relief. When he became seriously ill recently, I suddenly had a picture of my life without him in it, and it was terrible.  This painting was made to celebrate the fact that he still is very much in my life.