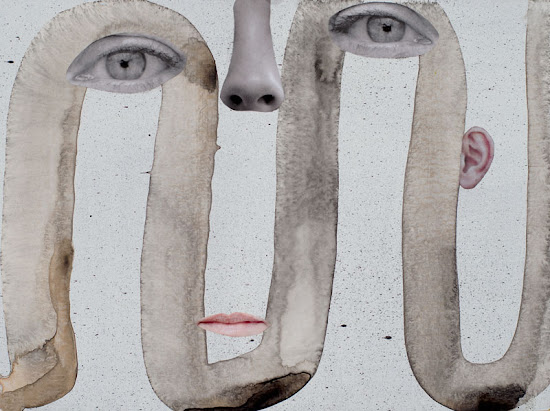 As I head into the close of my seventh decade of making images, I'm always impressed by just how hard it is to make something that works visually as well as being new and unique.  Some naive part of me wants to think that once I've figured out how to make a great image, then I will have the secret, and I can just go on making those great images, listening to an audio book and snacking on gluten free chips as I work.  Unfortunately it doesn't work like that.  It's really the opposite: once I've figured out how to make an image work, then my creative self gets bored and won't work with me--and always in a very passive aggressive way.

In 2014 I made six beautiful ink washes as grounds for my images, but they were so beautiful that I couldn't ever get them to work when I tried placing something on top of them. And so they sat on my unfinished shelf year after year.  A few weeks ago I pulled them out and started placing different bits of photographs on top of them. Some worked, but not really, just kind of.  However the thing they all had in common was that they were faces. I would build an image, then pull it off,  then try something new, then, dissatisfied once again, pull the new pieces off. I was confused, and frustrated, and lost in the chaos of trying to see something I had never seen before and so  I kept struggling with them.  Finally, the order of the pieces began to emerge, and it had all to do with using just a very minimal application of the face: lips, noses, and eyes. 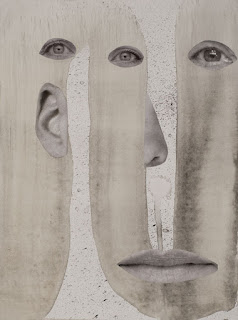 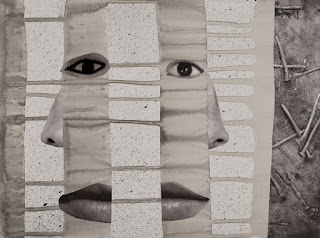 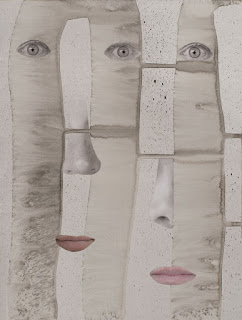 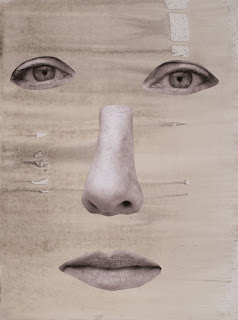 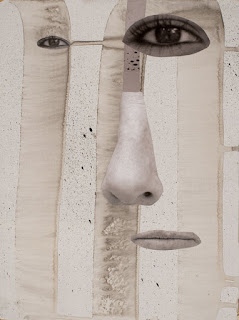 Then I let the washes do the rest.  Faces, but almost not faces, all six were finally born.

Posted by Holly Roberts at 2:25 PM