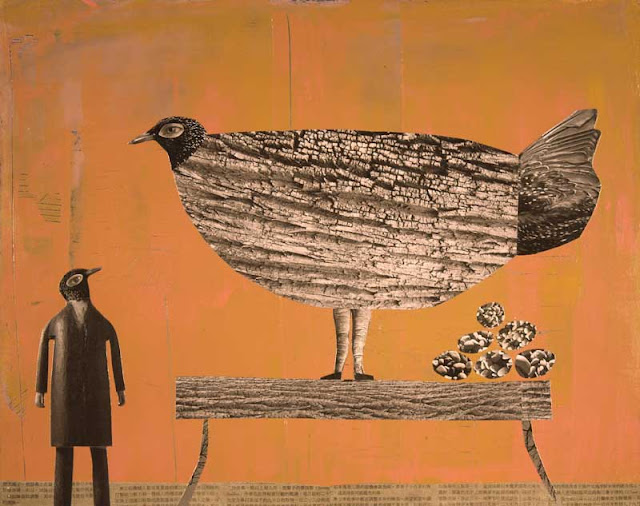 In 1962 Rachael Carson published her book "Silent Spring".  The book argued that uncontrolled and unexamined pesticide use was harming and even killing not only animals and birds, but also humans. Its title was meant to evoke a spring season in which no bird songs could be heard, because they had all vanished as a result of pesticide abuse(Wikipedia).  I never read "Silent Spring", but what I knew about the book sank deep, then lodged permanently in my unconscious.  I would have been a young teen at the time the book came out, and even as unconscious as a teenager can be, I remember being frightened and worried by what the book was implying.

Years rolled by, the environmental movement waxed and waned, and my level of anxiety about the environment waxed and waned with it, especially as I had other things to worry about.  Then, in 2004, I found that my process of making images had changed, and what I had to say changed with it.  My images went from being deeply personal to being more about the world around me.  And, as it turned out, I was back to being pretty worried about what we, as humans, were doing to our world.

Posted by Holly Roberts at 9:41 AM