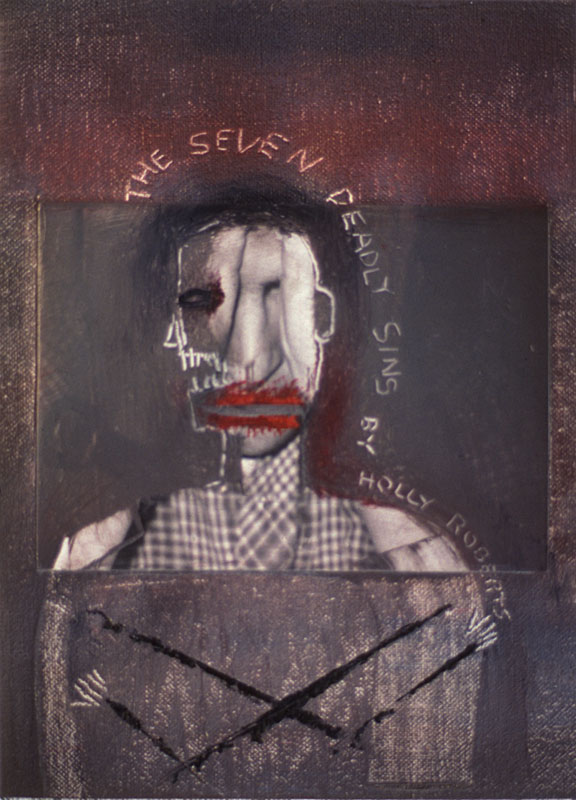 The Seven Deadly Sins, also known as the Capital Vices or Cardinal Sins, is a classification of objectionable vices (part of Christian ethics) that have been used since early Christian times to educate and instruct Christians concerning fallen humanity's tendency to sin. The currently recognized version of the sins are usually given as wrath, greed, sloth, pride, lust, envy, and gluttony.
Wikkipedia.

I'm not sure what lodged in my unconscious that urged me to do an artist's book about the seven deadly sins, but lodge it did.  I looked up the sins and found that they had little relevance to me or my life.  I was guilty of having been possessed by all seven, but I didn't think of them as especially sinful.  Envy was probably my biggest and most consistent "sin", but I just tended to think of it as an annoying emotion that I had to put up with, kind of like an old, overweight, male relative who repeats the same not at all funny jokes and is just this side of being a pederast.

What I decided was that I would come up with my own seven deadly sins, not sins that I had committed, rather sins that were committed against me.  This is the title page for the book, with the/my seven deadly sins to follow.  Stay tuned.
Posted by Holly Roberts at 3:12 PM