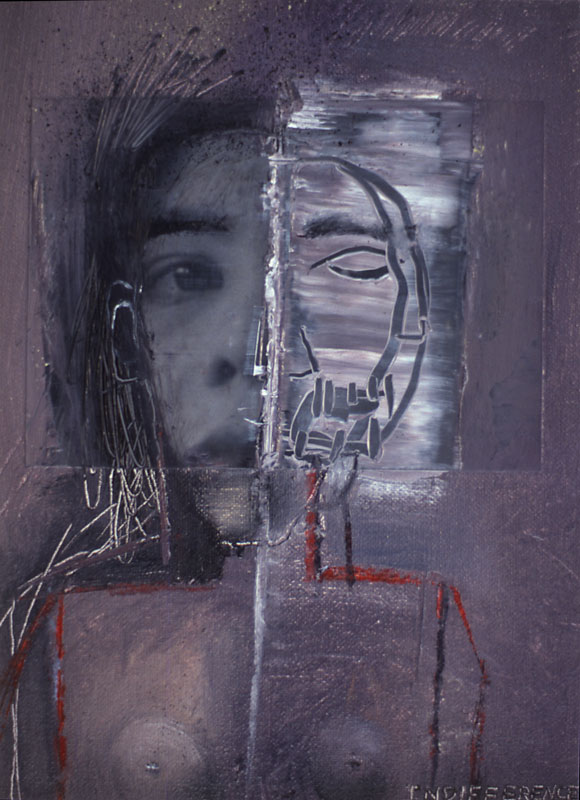 indifference:  lack of interest, concern, or sympathy  google
We all adored this man.  He was handsome and capable, and took time to be with us, taking us on horseback rides and camping trips.  There were eight of us, all girls, varying in age from seven to twelve.  Two of the girls were his daughters and they lived with him and their mother on a small ranch with a few horses and some cattle.  The neighborhood was rural, and most of us had horses, but the ranch was the real thing.  He was a WWW II vet, and had been in the Bataan Death March.  I remember one story he told us about the March that involved having a meal of some one's finger and not knowing it.  He always had lots of great stories to tell us.

This man molested me the night his wife was buried after a slow death from cancer.  I don't  know if his daughters, asleep in the same bunk bed with me, were aware of what was going on.  I didn't tell anyone about it until years later, when I was a young adult.  The person I told, a woman who knew this man, responded that he "bothered everyone", including her, and that was the end of our discussion.  Not long after that I brought it up  with one of the other members of our group, now a young woman in her twenties, who was several years older than I. Sure enough, he had molested her numerous times and had done things to her that were far worse than what had happened to me.  We thought it probable that he had molested all eight of us, including his daughters. But what I hadn't thought of, until recently, was the fact that he had probably made indecent advances to all of the adult women in the neighborhood as well, including our mothers, all friends.  It was a small and close knit community, yet no one ever seemed to put the dots together.  They must never have talked about it, nor considered it odd that he spent so much time with a group of young girls. Certainly they never thought to keep this monster away from us. Recently I asked the woman I had first told about being molested if  this man had "bothered" her a lot, and she said, "No, after that first time I just made sure I kept my distance".  I wondered why it had never crossed her mind that perhaps the little girls of the neighborhood might have needed some help in keeping their distances as well.
Posted by Holly Roberts at 3:28 PM