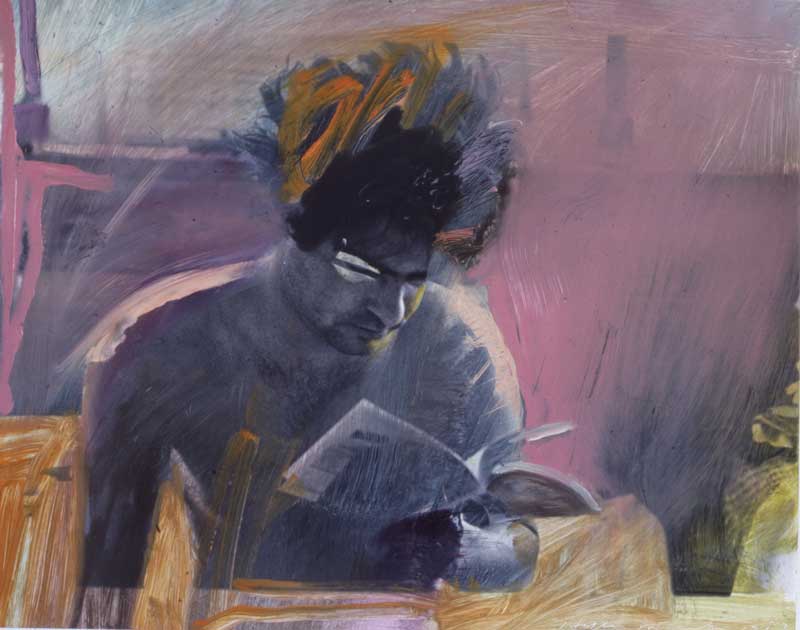 My husband, Bob, has always been pretty much enslaved by TV.  One of those There is a power greater than myself and it is TV  kinds of things.  At one point, realizing the depth and breadth of his addiction, he decided that he would only watch TV when I turned it on, meaning that he couldn't initiate any TV watching himself, could only watch when and what  I wanted to view.  But being an intelligent man, he found a way around those limitations.  If he waited until I went to bed, leaving him alone with the TV, he could unplug the it instead of turning it off. Then he could come back and plug it in anytime he wanted, not violating the terms of his agreement with himself.  He wasn't "turning it on", just plugging it in.

This painting, done in the early 80's, was the first of many that I've done of Bob which explores his complex relationship with the TV.  When I took the photo, he had just woken, and was sitting in bed, quietly reading TV Guide, getting ready for his day ahead.
Posted by Holly Roberts at 1:42 PM