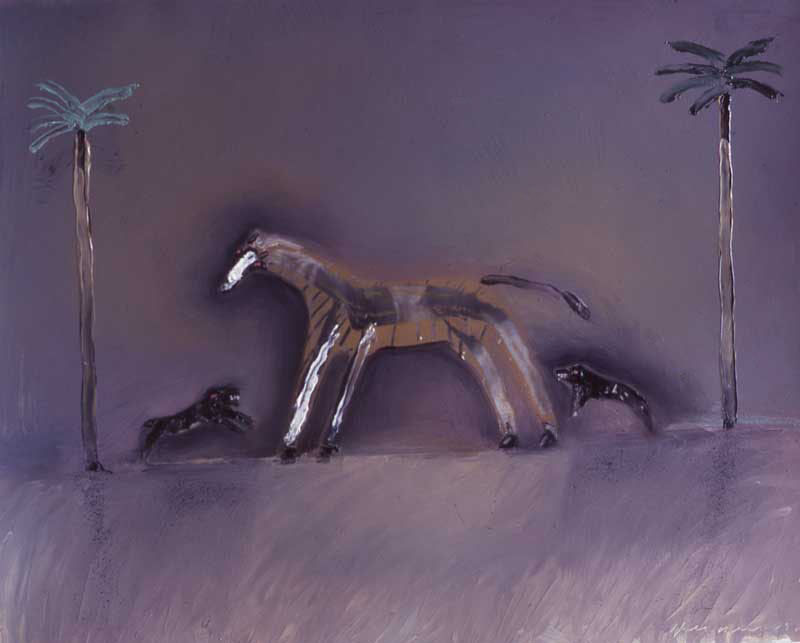 In the 1980's National Geographic Magazine did an article about hyenas.  In the article were a series of photographs that have stayed with me ever since.  They were black and white, taken at night using flash so that the images were very harsh.  They were sequential, showing the zebra being surrounded by hyenas, attacked, and then brought down.  I cut the pictures out of the magazine and had them up on my studio wall for years.  The pictures captured that instant when something living goes from being alive to not; death, the inevitability of it, and the fear and darkness surrounding the event.

My zebra was originally a  horse. All it took to transform him were a few scratched stripes and white markings on his face and legs.  The hyenas are also pretty minimal-just really teeth and small dark bodies, not really very hyena like at all.  And then finally, I added the palm trees to make it clear that this was some place foreign, clearly not New Mexico, certainly Africa.
Posted by Holly Roberts at 3:26 PM