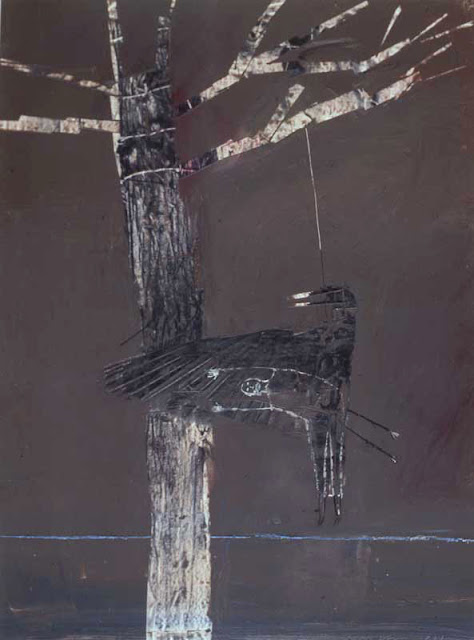 Shaman:  A member of certain tribal societies who acts as a medium between the visible world and an invisible spirit world and who practices magic or sorcery for purposes of healing, divination and control over natural events.

As a young woman, I loved the works of Carlos Casteneda.  I couldn't wait for each new book to come out, and I would read and re-read the books on a regular basis.  I even developed a way of  seeing the world, which broke people into Stalkers and Dreamers based on what Carlos had to say (which I still use to this day).  In graduate school I did a paper about Diane Arbus and Shamanism, which proposed that, had she been born into a culture which practiced Shamanism, Arbus would have been a Shaman, and her death would have been symbolic rather then real.  I imagined that artists could act as Shamans in our society, but I wasn't sure what that really meant.  For instance, I wasn't sure any of us could control natural events, or heal people, and the divination part was a little dicey for me.  I fasted, I read, I talked  and studied shamanism, but I didn't ever think I was a Shaman, and only once met a man who claimed that he was.  I wasn't sure, but he talked a good line which made me suspicious that he wasn't the real deal.

However, something has been going on all these years that does address a Shamanistic part of me.  Every so often, a painting will emerge that will be about animals that are people, and people that are animals.  I don't think about the paintings before hand, and when I start a piece, I have no idea of where it's going. I'm always surprised by what happens, especially when these animal/people show up.  I have a hard time explaining them.  I'm not really sure what they mean, just that they are honest and make a deep connection, first with me, then with other people outside myself.  I wonder sometimes if I, like Arbus, might have been Shaman material in another place and time, and in  this culture, only able to bring up remnants of the ability to go between the two worlds, unable to know the real meaning of what my paintings are saying.
Posted by Holly Roberts at 1:29 PM